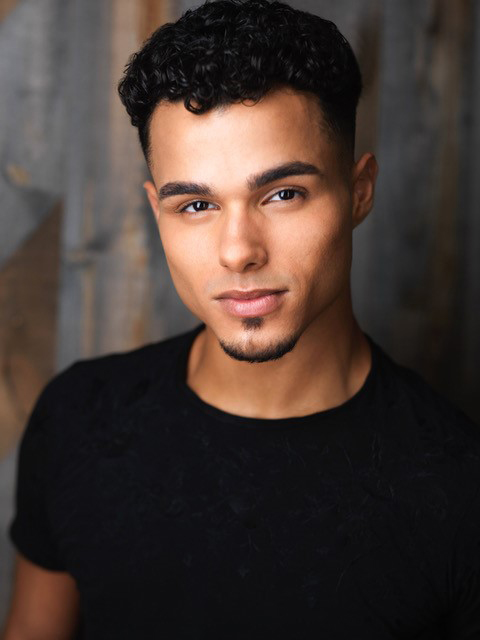 “I would wake up at 2 a.m. with a heavy heart and anxiety. My entire existence had changed,” she said. “I had wanted to do this [performing] since I was 3, and now it was gone. I questioned everything about my life. I missed my stage. Then I thought, was it time for me to move on, to say goodbye?”

Now Marroquín is back on stage, starring in “Chicago” on Broadway. Eighteen months after Covid-19 forced a shutdown of live theater, Latino performers are back on the Great White Way — just in time for the celebration of theater at the Tony Awards on Sunday night.

It has been an emotional experience, Marroquín said.

“Everyone went through loss and change, so it was good to be together again, lifting each other up,” she said.

She noted that both performers and audience members have gone through a lot.

“We are together in this communion, the phenomenon of live theater,” she said.

Despite the success of shows with diverse casts, Latinos remain significantly under-represented on Broadway. Of the roughly 51,000 active members of Actors’ Equity Association, the union for theater performers, 3.1 percent are Latino.

Miguel Cervantes, who plays the title role in “Hamilton,” said he understands the value of representation.

“Before the pandemic, one of the most meaningful parts of my job was when young people would tell me it was amazing to see someone ‘with a name like yours up there,'” he said.

Cervantes had only done 10 performances on Broadway in 2020 before the pandemic hit. “I had just gotten used to doing the show here, after Chicago, and then we had to close it all down,” he said.

Now he performs before audience members who are all wearing masks. “It is still an amazing feeling. I can tell that they are all ‘smizing,’” he said.

Ivan Hernandez was in “Dear Evan Hansen” when Covid-19 struck New York City. Initially, he thought his show would only be off for a month. As time went by, he headed home to Los Angeles.

He and his family later tested positive for Covid-19, an experience Hernandez recalled as “terrifying.”

“There were moments when I couldn’t catch a breath,” Hernandez said. “I wasn’t sure if I should go to the hospital, which was so unsettling. For the first time in my life, I had a panic attack. Not knowing how the disease was going to progress was frightening.”

Hernandez said he is looking forward to starting rehearsals in October.

“Closing so abruptly was such a jarring end,” he said. “Our theater family, we saw each other six days a week, eight shows a week. We formed a community.”

Hernandez and his colleagues are returning to a changed theater landscape. During the pandemic, some shows — including the revival of “West Side Story,” with many Latino cast members — closed permanently. Veteran actor Nick Cordero, 41, died in July 2020 after contracting the coronavirus. Beloved actress Doreen Montalvo, 56, an original cast member of “In the Heights,” died in October after a brief illness.

The New York theater world felt the ripple effects of the nation’s broader social justice movements. Acclaimed actress Karen Olivo shocked the Broadway community by announcing that she would not be returning to “Moulin Rouge! The Musical,” citing what she said were abusive practices in the industry and a lack of “integrity.” Actors Equity announced a new membership policy to make the union more accessible for “people of color and people of other marginalized identities.”

The Black Lives Matter movement reverberated on Broadway as well.

“Our producers started working with experts on diversity,” Hernandez said, “and our cast had [virtual] meetings to discuss racism, representation and inclusion in casting, in our work, in the business. Sometimes it was painful, but we discussed important things together.”

Broadway’s Latino performers are hopeful that their industry can return to a sense of, if not normalcy, stability.

For cast and crew members, that means working under new safety protocols.

“As soon as we get off stage, we put our masks on,” Gerianne Pérez, of “Waitress,” said. “It can be difficult, because it messes up your stage makeup. … We are doing this balancing act of enjoying each other’s company and being very careful.”

Backstage visitors are no longer allowed, and actors can no longer greet audience members at the stage door after the show.

“The show is sacred, and no one wants to get sick and be out for an extended period,” Pérez said.

Although she was based in New York, Pérez spent most of the pandemic with her family in Florida. “I did my best to stay busy, but I had moments when I wondered whether it was time to pivot and leave the business,” she said.

Wanting to get back to her adopted hometown, Pérez took a job at a mortgage company in New York City.

“The ‘Waitress’ producers wanted to know if I would do the show on Broadway — and rehearsals started tomorrow. I left the mortgage company that day,” Pérez said. “If you had told me a year ago that I would be in one of the first shows to open after the pandemic, I never would have believed you.”

Pérez said the energy at rehearsals is “joyous and palpable” because everyone is thrilled to gather in person.

“It was like a sensory overload,” she said. “And we have had such supportive audiences. They are glad to be back, too. They give us massive applause.”

Tomás Matos, an ensemble member in “Diana the Musical,” is ready to make his official Broadway debut. “Diana” had started previews but not opened when the pandemic hit.

Matos is the only Latinx person in the show: “Hey, I am representing! And for Afro Latinos too!”

For Matos, whose pronouns are he/they, being quarantined at home with family proved stressful, and they moved into their own apartment for 10 months.

“For folks like me, being home is not always the most liberating environment,” Matos said. “With my sexual orientation, and gender expression, I had to get out for a while, which allowed me to expand who I am.”

During their time away from “Diana the Musical,” Matos shot a movie and appeared on “Saturday Night Live.” And they have moved back in with their family.

“It feels good now, as things get back to normal, to be with my gente,” Matos said.

Matos has missed both performing with their “Diana” cast mates and the Broadway audiences.

“Dancing on a Broadway stage is magical, and dancing alongside people you love is indescribable,” Matos said. “New York needs live theater again, and I feel blessed to be part of the community that can do that for the city.”

Intersex people have been challenging ‘gender-normalizing surgery.’ Doctors are starting to listen.

Kellogg is being hit with a multimillion-dollar lawsuit alleging its "Whole Grain Frosted Strawberry" Pop-Tarts are deceiving consumers, failing to warn them that...
קרא עוד

Kellogg is being hit with a multimillion-dollar lawsuit alleging its "Whole Grain Frosted Strawberry" Pop-Tarts are deceiving consumers, failing to warn them that...
קרא עוד