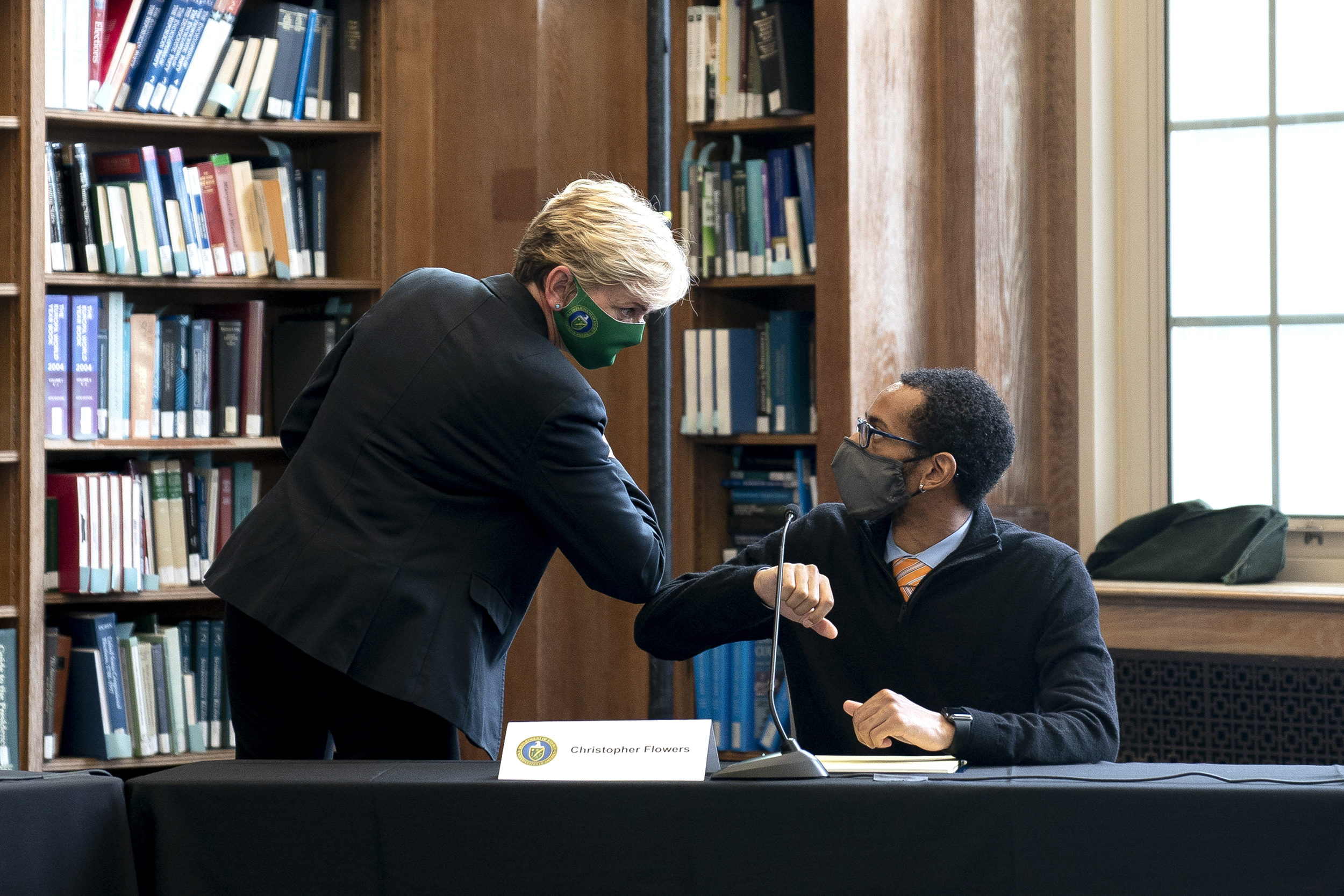 Administrators at historically Black colleges are eagerly awaiting passage of President Joe Biden’s Build Back Better agenda, with hopes that the bill’s record funding for HBCUs could put the schools on a path to compete with top-tier research universities specializing in science and technology.

The massive social safety net package making its way through Congress would provide $3 billion for science, technology, engineering and mathematics, or STEM, programs at minority-serving institutions. Advocates say that level of funding is crucial to helping Black colleges develop the kind of high-tech infrastructure commonly found at schools like Johns Hopkins and MIT.

Harry Williams, head of the Thurgood Marshall College Fund, told NBC News that not one HBCU has attained the coveted status of a first-tier institution, schools that excel in research activity through doctoral programs that in turn attract federal and private grants.

But there are a dozen HBCUs classified as second-tier research schools, and Williams said the funding in Biden’s proposal would be a “game-changer” for them and other minority-serving universities looking to boost their STEM programs.

“The significance here is that there’s an opportunity for an HBCU to move into” the top echelon, he said. “And it requires this type of federal investment for that to happen.”

“We want to build on this to continue to demonstrate clearly this type of investment is only going to yield a positive outcome for the African American community,” he added.

Black graduates remain underrepresented in STEM jobs despite enormous growth in the field over the past decade, according to an analysis this year by the Pew Research Center. Black adults 25 and older accounted for just 9 percent of all STEM positions, compared to 67 percent of white adults, and Black college students were less likely to earn STEM degrees, the analysis found.

Administrators at North Carolina A&T, a historically Black land-grant research university in Greensboro, said the level of proposed funding in the Build Back Better bill would make their school more competitive and improve job prospects for students.

North Carolina A&T is the largest HBCU in the nation, with over 13,000 students, and has one of the top engineering programs in the country. Oliver Thomas, a university spokesman, told NBC News that while the school has invested in STEM and research projects, it also faces a more than $100 million maintenance backlog. Passing the social safety net package, which triples overall funding for HBCUs to $6 billion, would put the school on much stronger financial footing.

“It would be tremendous in terms of what we would be able to do with our research in terms of agriculture, in terms of engineering, and science and technology,” he said, adding that the new funding would allow for an expansion of doctoral programs and the hiring of more faculty.

“It would enhance our ability to be competitive,” Thomas said.

In recent years, there has been a renewed focus on investing in research and STEM capacity at Black colleges. Google, for instance, recently announced a $50 million commitment to invest in tech programs at HBCUs and create an employment pipeline to Silicon Valley to help increase the number of Black college graduates in the tech industry.

The Biden administration also announced separate investments in STEM programs at minority-serving institutions earlier this year, with the Energy Department saying it will give $17 million to fund research projects at 11 universities, including several historically Black colleges.

While HBCUs represent only 3 percent of colleges and universities in the U.S., they enroll 10 percent of all Black students in the country, according to The United Negro College Fund. Among Black graduates with a bachelor’s degree from an HBCU, 24 percent majored in a STEM field. But many schools still struggle to compete in research and development due to decades of underfunding at HBCUs.

At Simmons College of Kentucky, President Kevin Cosby said in an interview that while an injection of government funds would benefit HBCUs of all sizes, the chronic underfunding reflects years of federal neglect.

Simmons, which has just 209 students, didn’t receive its first national accreditation until 2014, despite being founded in 1879 for freed slaves. It wasn’t until accreditation that the school was able to receive federal funding designated for historically Black colleges, Cosby said.

“We kept that school open with nickels and dimes from Black people without any philanthropic money,” he said. “So you have to take into consideration how many years Black institutions have been excluded from resources simply because of the stigma of it being Black.”

Cosby noted that the proposed language in the Build Back Better bill would go to HBCUs and, more broadly, minority-serving schools, such as Tribal colleges. But in order to rescue many HBCUs like Simmons that have been scraping by there needs to be a more targeted investment, he said.

“If the federal government does not step in, in a rigorous and robust way, to infuse these institutions with much-needed capital, we cannot survive,” he said.

The $1.75 trillion Build Back Better bill is moving through Congress, but has yet to receive a floor vote in either chamber. Earlier this month, House lawmakers voted 221 to 213 to clear a procedural hurdle, setting the stage for a possible vote on the legislation later this month, a move that would send the bill over to the Senate.

While Democrats continue to haggle over the final details, Congressional Black Caucus Chair Joyce Beatty, D-Ohio, said earlier this month that several of the group’s priorities for Black Americans will definitely be included in the massive bill, including targeted aid for HBCUs.

“We’re going to get more money into HBCUs than we’ve had in the history of this Congress,” she said.