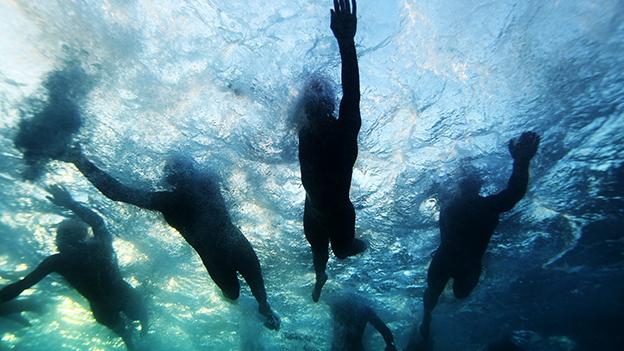 Triathlon has become the first British sport to establish a new ‘open’ category in which transgender athletes will compete.

The British Triathlon Federation confirmed that for athletes over the age of 12, competitive women’s events will be reserved “for those who are female sex at birth”.

The policy, which will begin from January, will see an ‘open’ category “for all individuals including male, [male and female] transgender and those non-binary who were male sex at birth.”

It will apply to all events where there are prizes, times or rankings at stake, including at the grassroots level of the sport.

Triathlon is an increasingly popular multi-disciplinary participation sport in the UK comprising running, swimming and cycling.

“Where this is competitive activity, fairness is paramount,” said Andy Salmon, chief executive of British Triathlon. “Our sport is gender-affected.

“We believe this is the right policy for triathlon in Great Britain, and the right time to publish it. We have taken legal advice and are confident it’s legally robust.”

British Triathlon said the new approach followed a survey of more than 3,000 members that found 80% were in support of the two categories.

However Salmon said its new policy was “free from political pressure” and pre-dated Dorries’ comments. A number of British sports bodies are reviewing their transgender eligibility policies.

British Triathlon’s new approach also comes just weeks after Fina, swimming’s world governing body, voted to stop transgender athletes from competing in women’s elite races if they have gone through any part of the process of male puberty.

It is also aiming to establish an ‘open’ category at competitions, for swimmers whose gender identity is different than their birth sex. Former Great Britain swimmer Sharron Davies, who has argued against transgender participation in women’s elite swimming, welcomed Fina’s decision. However, Britain’s Olympic diving champion Tom Daley said he was “furious” about the new policy.

And the UCI, cycling’s governing body, has updated its transgender guidelines to double the period of time before a rider transitioning from male to female can compete in women’s races.

Neither British Swimming nor British Cycling have announced any subsequent changes to their policies in line with their international governing bodies.

British Triathlon said in a statement: “Our policy outlines that triathlon is a sport for everyone and that transphobic behaviour will not be tolerated.

“We started this process at the end of 2021 and went through a period of independent consultation… this ensured that, along with the latest research, we heard from our community, key groups and individuals about their views and experiences.

“We are easily and reliably able to observe the advantages – in terms of both performance outcomes and physiology/biology – those athletes who are the male sex at birth have over athletes who are the female sex at birth. We are also a sport made up of three distinct disciplines, each of which have a long history with clear differentials between the performances achieved between males and females.

“We’ll now take time to develop guidance for event organisers, clubs, officials and coaches, to share this autumn, before the policy comes into effect from 1 January 2023.

“British Triathlon wants to make clear that it does not tolerate transphobic behaviour, harassment, bullying or hate speech of any kind. Anyone commenting on our policy, should do so with empathy and consideration for all of those who have been involved and who may still have questions and concerns about how the policy impacts them.”

Last month, rugby league’s governing body also banned transgender women from women’s internationals while it does further research on its inclusion policy to “balance the individual’s right to participate… against perceived risk to other participants”.