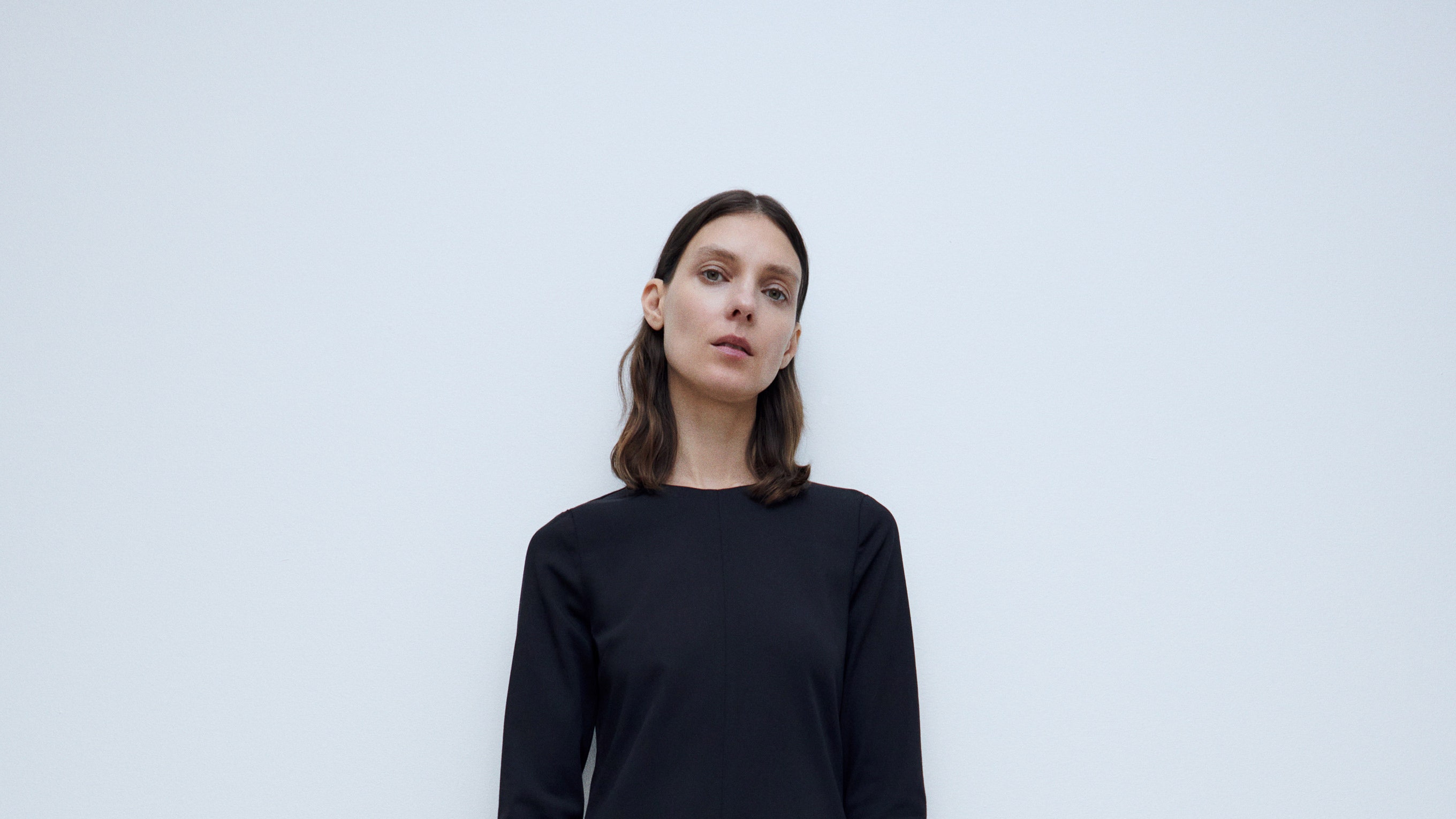 This collection is a rebellion against the “girly dresses” that Co’s Stephanie Danan and Justin Kern see saturating both the market and Co’s own archive (though as Co has been an ascetic minimalist brand for years, that’s a relative term). The best way to empower women, in Danan’s view, is to give them clothing on the masculine side, a little bit of armor rather than cushioning. That approach is certainly up for debate, as many women feel most at home in clothes that amplify their femininity. But that’s not Danan’s personal experience, and she translates it authentically into a thoughtful collection that still includes plenty of skirts and even a few dresses.

“I’ve spent so many years hiding behind tent dresses and I’m kind of over it,” she says. “Two things came out of making a lot of girly dresses over the years: I felt like I was losing my sense of sexiness and my masculine side. I think masculinity can be very sexy in a woman. And I feel like the last couple seasons, I’ve been tapping into sexier clothes that are not conventionally sexy, but make a woman feel sensual, and in her body and in her skin.”

Suiting is key to this collection. There are slacks and blouses that would make Katharine Hepburn proud, but the most compelling is a herringbone pencil skirt with a coordinating waistcoat. As models like Bella Hadid have brought little vests back into style, this iteration from Co could read as trendy. The less-than-skintight silhouette and dapper fabric, though, make it feel grown up and more timeless. Similarly, a leather bustier is an undoubtedly sensual piece. The buyer could make it a going out top, but as they’re a Co client, it’s far more likely they’ll go the jolie-laide route.