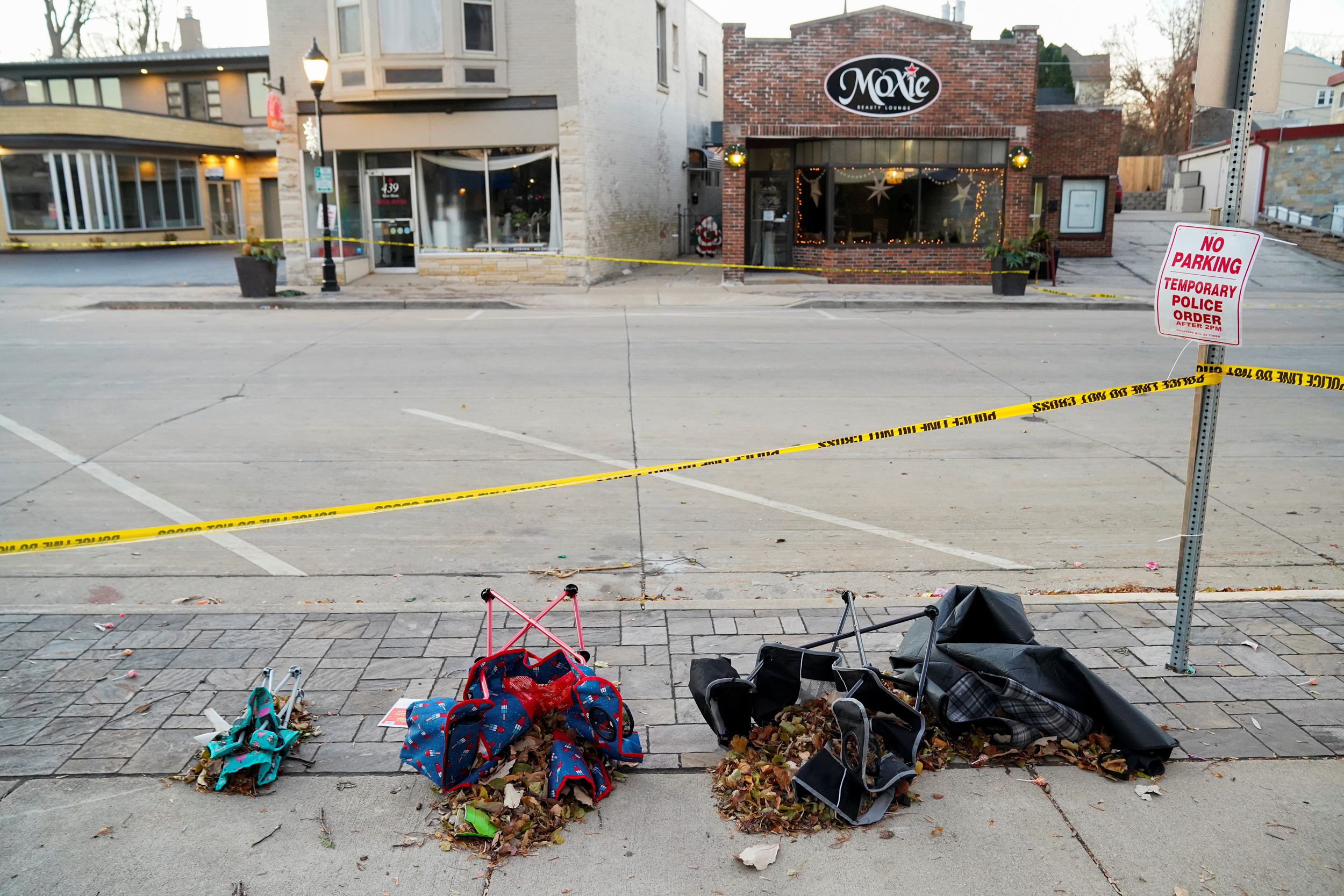 At least five people were killed when the vehicle tore through a Christmas parade in the Milwaukee suburb on Sunday, leading to the detention of suspect Darrell Brooks, 39.

He has two active cases in Milwaukee.

In one, Brooks was charged in July 2020 with two counts of reckless endangerment and possession of a dangerous weapon as a convicted felon before he posted $500 bail in February of this year.

In the other matter, he was charged on Nov. 5 with allegedly resisting or obstructing an officer, bail jumping recklessly, endangering safety, disorderly conduct and battery, court records showed.

Those final three charges were acts connected to domestic abuse, according to court records.

Brooks had posted a $1,000 cash bond to secure his freedom on Nov. 11, the court records showed.

The prosecutor in those two cases could not be immediately reached for comment on Monday, while Brooks’ most recent attorney declined to discuss those charges.

“The State’s bail recommendation in this case was inappropriately low in light of the nature of the recent charges and the pending charges against Mr. Brooks,” Milwaukee County District Attorney John Chisholm said in a statement about the charges from this month.

Chisholm added: “This office is currently conducting an internal review of the decision to make the recent bail recommendation in thus matter in order to determine the appropriate next steps.”

State criminal records on Brooks go back to 1999 with an arrest for battery in which he pleaded guilty and was sentenced six months behind bars and three years probation.

He was sentenced to 50 days behind bars in 2002 for possession of THC, the main compound in cannabis.

Brooks received a 20-day sentence for a 2003 arrest for misdemeanor resisting or obstructing an officer.

A 2005 arrest for misdemeanor obstructing an officer led to a two-day sentence.

Following a no contest plea to felony strangulation and suffocation in 2010 and accompanying probation violation, Brooks was sentenced to 11 months behind bars and three years probation.

He pleaded guilty to misdemeanor resisting or obstructing an officer in 2011, leading to a 37-day jail sentence.

In 2011, a second incident of THC possession resulted in a 180-day jail sentence.

Misdemeanor bail jumping and another THC offense at the end of 2011 led to another 180-day jail sentence.

Michael Kosnar is a Justice Department producer for the NBC News Washington Bureau.