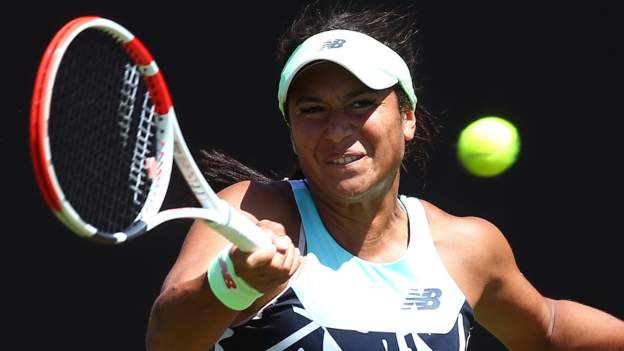 The Briton, ranked 120th, was handed a lucky loser place following defeat by Ukrainian Lesia Tsurenko in qualifying on Sunday.

Eastbourne is the last WTA event in the UK before Wimbledon begins on 27 June.

After conceding the opening set by losing six successive tie-break points, Watson broke back to level at 3-3 in the second set but Marino saw out the match after converting her third break point in the following game.

Home players Harriet Dart, Katie Boulter and Jodie Burrage will also compete in the women’s draw – but British number one Emma Raducanu is not taking part as she aims to recover from a side injury before Wimbledon.

American great and 23-time Grand Slam singles champion Serena Williams will make her return to the WTA Tour after a year out when she partners Ons Jabeur in the women’s doubles.

Tunisian world number three Jabeur, a 2021 Wimbledon quarter-finalist, will not contest the singles at Eastbourne, instead focusing on the doubles with Williams. Their first-round match takes place on Wednesday.