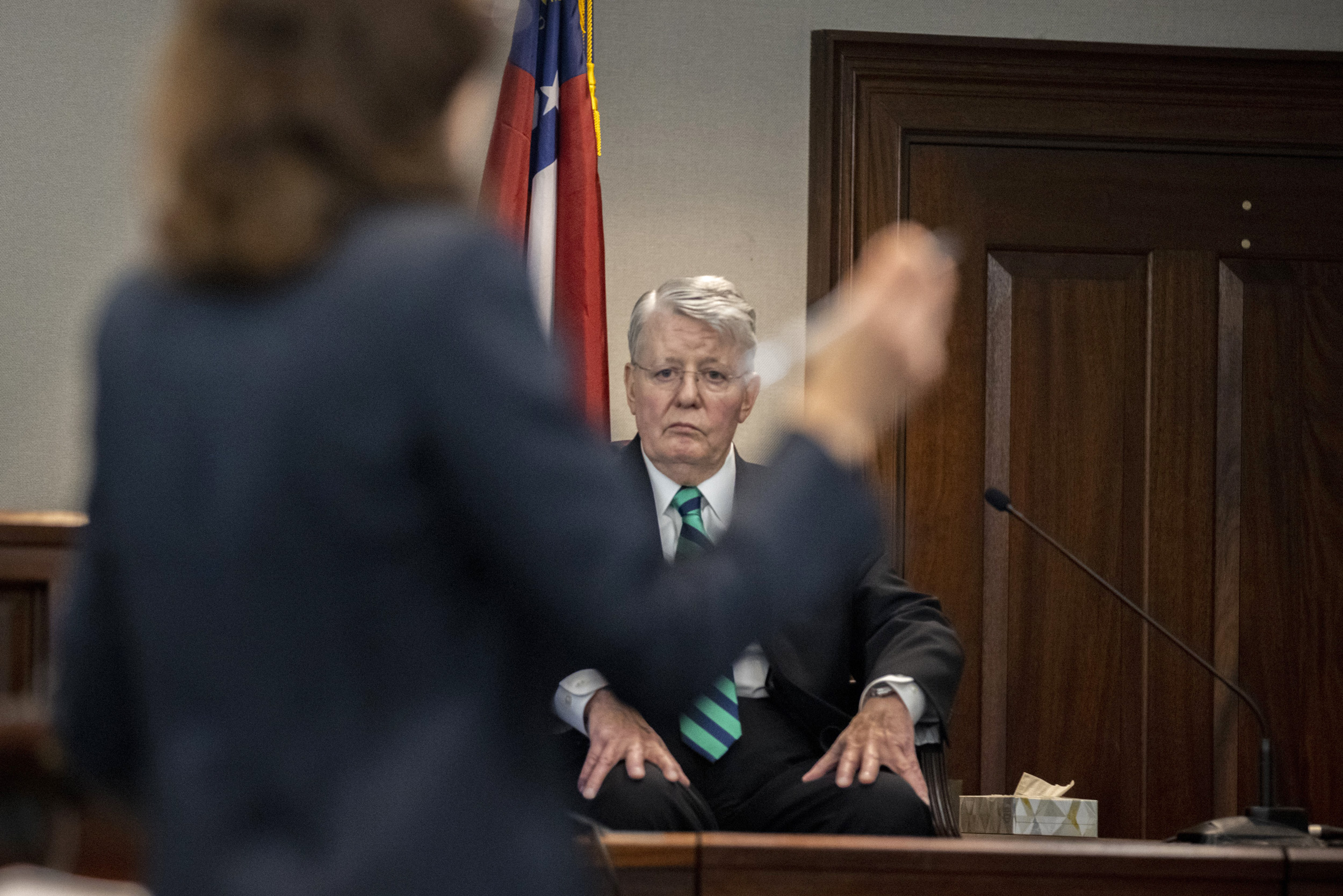 Ahmaud Arbery was shot twice on Feb. 23, 2020, and either of the wounds would have been enough to kill him, a medical examiner testified Tuesday, as jurors were shown graphic, close-up autopsy photos.

Dr. Edmund Donoghue, a medical examiner for the Georgia Bureau of Investigation who performed the autopsy the day after the shooting, told jurors at the trial of the three men charged in Arbery’s death that the gunshots caused bleeding severe enough to have killed Arbery.

Arbery died from wounds to his chest, wrist and armpit, Donoghue said.

Asked by prosecutor Linda Dunikoski whether there was anything law enforcement or EMS could have done at the scene to save Arbery’s life, Donoghue replied: “I don’t think so. No.”

Donoghue was one of the final witnesses for the prosecution, which rested its case Tuesday.

Arbery, who was Black, was chased by Travis McMichael; his father, Gregory McMichael, and William “Roddie” Bryan, all of whom are white, after they saw Arbery running in their Satilla Shores neighborhood in Brunswick, Georgia. The McMichaels armed themselves and chased Arbery in a pickup truck. Bryan joined the chase and recorded cellphone video of Travis McMichael shooting Arbery at close range.

Defense attorneys have said Travis McMichael acted in self-defense after Arbery threw punches and tried to grab his gun. The defense has also argued that the defendants suspected Arbery was a burglar.

Donoghue testified that he believed Arbery’s hand was in front of his chest when the first shot at close range grazed his right wrist and entered his chest, breaking several ribs.

The second shot missed entirely. The third shot fired at point-blank range ripped through a major artery near his left armpit and fractured bones in his shoulder and upper arm, Donoghue said.

Donoghue told Dunikoski that Arbery could have been grabbing the gun or pushing it away when he was killed.

During cross-examination, Robert Rubin, an attorney for Travis McMichael, asked Donoghue whether Arbery was able to hit his client after being shot the first time. Donoghue agreed the injuries did not prevent Arbery from hitting Travis McMichael and said it could have been a “fight or flight” reaction. According to the Mayo Clinic, the fight-or-flight response is the body’s immediate reaction to a perceived threat, challenge or scare.

Rubin then told Donoghue that he had no idea what Arbery was afraid of at that point, to which Donoghue replied: “Well, there’s a man holding a shotgun out there. And there was a man following him in a pickup.”

Janelle Griffith is a national reporter for NBC News focusing on issues of race and policing.