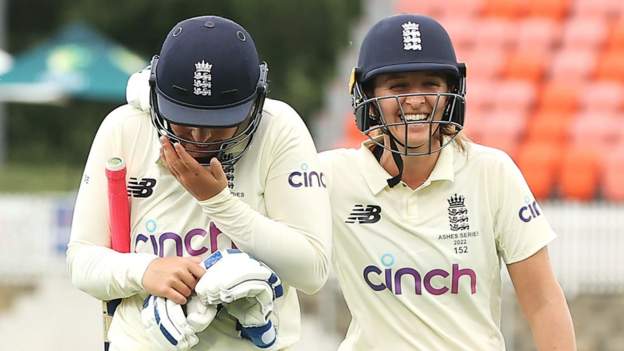 England play South Africa in a Test at Taunton next week.

“The last few Tests have shown they are worth playing,” Australian Keightley told BBC Sport.

England’s last Test, against Australia in January, resulted in a thrilling draw that went down to the final ball of the match.

However only England, Australia and India have played women’s Tests in the past seven years. South Africa’s previous match came in 2014, while the last team outside that quartet to play a Test was the Netherlands 15 years ago.

“That’s not to say any countries that choose to play Test cricket can’t do so. But I don’t see it being any part of the landscape moving forward to any real extent at all.”

But Keightley, who played nine Tests in a 10-year international career, said: “As a coach in women’s cricket I find those comments disappointing. We have to continue to evolve women’s cricket.”

One barrier to the growth of women’s Tests is the absence of multi-day, red-ball matches played in domestic cricket across the globe.

Keightley, though, said the England and Wales Cricket Board is “keen” for their introduction.

She was speaking at the announcement of the England squad, which includes five uncapped players, for the four-day Test against the Proteas starting on Monday.

It begins a multi-format series, with three one-day internationals and three Twenty20 matches to follow.

None of the last five women’s Tests have produced a result, leading to England captain Heather Knight to call for an extension to match five-day men’s Tests.

“You can get a result in four days, even though it’s hard,” added Keightley. “You probably need both teams being brave and you’d potentially need a declaration.

“At the moment, my preference is probably for four days because of workloads. Moving forward, I could see five-day Tests if we play them more regularly.”

Keightley, 50, revealed she also has “no desire” to take up the vacant head coach role with her native Australia.

Matthew Mott left the world champions to become the new white-ball coach of the England men’s side.

“I’m focused on doing my job for England and coaching here,” she said. “I’m really keen to make sure I finish out my contract.”