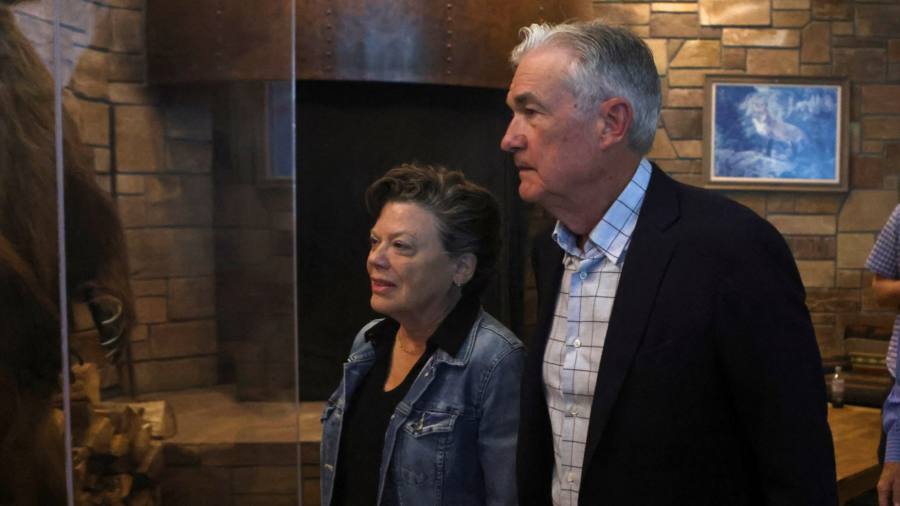 European shares rose on Friday, while the US dollar advanced ahead of a widely anticipated speech by Federal Reserve chair Jay Powell at the Jackson Hole conference of central bankers.

In Asian equity markets, Hong Kong’s Hang Seng index rose 0.7 per cent and China’s mainland CSI 300 gauge slipped back 0.2 per cent, after gains in the previous session when China announced a stimulus package.

Those moves came on the second day of the Jackson Hole economic symposium in Wyoming, with the US central bank’s Powell due to speak later in the session. The event, hosted by the Kansas City arm of the Fed, is closely watched by investors for signals on the future direction of monetary policy.

Wall Street stock futures slipped lower on Friday morning, with contracts tracking the S&P 500 down 0.2 per cent, after the broad index closed 1.4 per cent higher on Thursday. In currencies, the dollar climbed 0.2 per cent against a basket of six others, with the euro slipping 0.2 per cent lower to trade below parity at $0.995.

“We’ll not learn a lot more than we already know,” said Jim Paulsen, chief investment strategist of The Leuthold Group, ahead of Powell’s speech on Friday. “The Fed’s going to raise rates again in September, they’re turning a little more dovish from what they’ve been but that’s not surprising considering how hawkish they’ve been.

“All that said, it’s undeniable that [the speeches] move markets. For day traders, it’s hugely important.”

Economists at Deutsche Bank do not anticipate Powell will provide “explicit guidance” for the next Fed meeting but they expect the central bank chair for the world’s largest economy to “skew his remarks in a hawkish direction to ensure the Fed’s inflation-fighting credentials are unquestioned”.

Futures markets indicate that investors are expecting US interest rates to rise to 3.7 per cent by early 2023, up from expectations at the start of August of 3.3 per cent. The Fed’s current target range stands at 2.25 to 2.50 per cent, after it raised borrowing costs by 0.75 percentage points over two consecutive meetings in its efforts to tame rapid price growth.

Fresh figures released later on Friday may offer further clues about the health of the US consumer, with data due on personal income and spending, as well as the University of Michigan’s consumer sentiment index.

In government bond markets, the yield on the 10-year US Treasury note — seen as a proxy for borrowing costs worldwide — added 0.05 percentage points to 3.07 per cent on Friday as the price of the benchmark debt instrument slipped lower. Germany’s equivalent Bund yield added 0.02 percentage points to 1.34 per cent.