Fans React to Slipknot’s New Album ‘The End, So Far’ 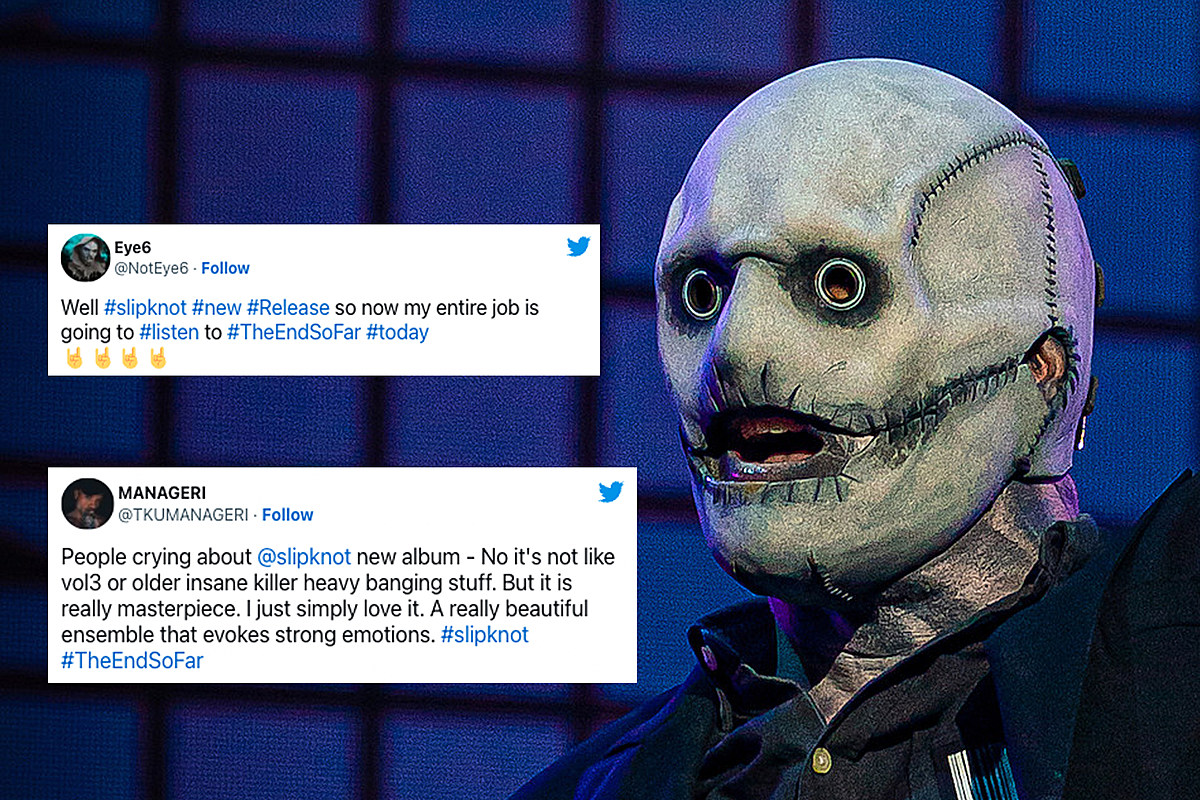 Fans are reacting to Slipknot‘s release of their seventh studio album, The End, So Far, today (Sept. 30). Response to the album that lead singer Corey Taylor calls “the end of one moment” for the band has been swift and passionate by legions of Slipknot fans online.

This explanation has caused some initial concern to fans who interpreted that to mean that this might be Slipknot’s final album, and that the band is splitting up. In July, Taylor set these rumors to rest at a European show, saying “to those doomsday motherfuckers who think that Slipknot are gonna break up, that is not the case.” The “end” seems to refer to the end of their major label record deal, of which this album marks the last in their contract.

The staff at Loudwire got an early crack at hearing the new Slipknot record, and you can check out Things We Love About the New Slipknot Album here. Some of our reactions to The End, So Far include “Corey’s clean singing is his best,” “the opening track caught us way off guard,” and the album is loaded with “styles upon styles.” Slipknot themselves have called their work “conceptual,” “brilliant,” and “God music.” But how do diehard Maggots feel about it?

Fans appear to be fairly split on the record, some favoring the experimental nature of The End, So Far, exemplified by the opening track, “Adderall,” while others have found it a bit confusing and unexpected. One commenter noted that some of the songs may take a while to grow on them, so it’s definitely an album that may offer fresh opinions and change some minds with repeat listens.

Check out more of the social media reaction to Slipknot’s The End, So Far below. And if you’re curious about Loudwire’s own reactions, see what we had to say about it here.

You can also catch Slipknot on the road in the U.S. through Oct. 7. For tickets, head to this location.

Fan Reaction to the New Slipknot Album The End, So Far

Push your fingers into your eyes.