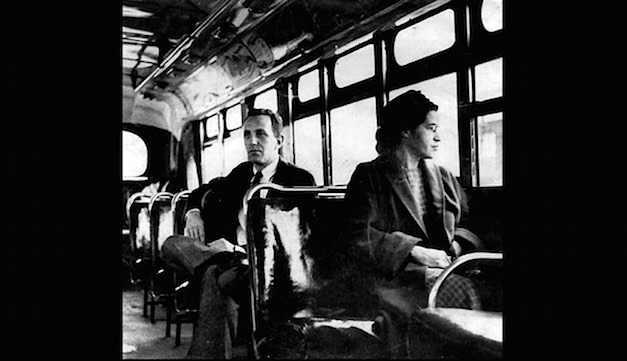 Civil rights lawyers filed a lawsuit in June and a three-judge panel of the District Court ruled 2-1 that “the enforced segregation of black and white passengers on motor buses operating in the City of Montgomery violates the Constitution and laws of the United States” because the conditions deprived people of equal protection under the Fourteenth Amendment.

Alabama and the city appealed, but the decision was summarily affirmed by the Supreme Court, which ordered them to desegregate its buses with an official written notice by federal marshals. (1956)

MORE Good News on this Date:

And, 39 years ago today, the Vietnam Veterans Memorial was dedicated in Washington, D.C. 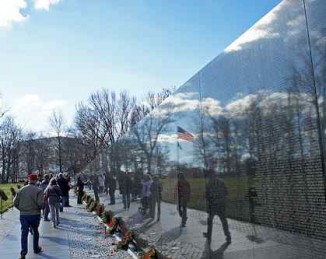 The haunting monument remembering the Vietnam War stirred controversy because of its modernist design, but the reflective wall has become a beloved memorial. The names of those 58,267 killed or missing in the conflict are carved in rows on the 250-foot-long tapering slabs of polished black granite, with visitors fondling or tracing them onto paper. A jury of eight architects and sculptors unanimously chose the design by 21-year-old Maya Ying Lin, an architecture student from Yale University. (1982) 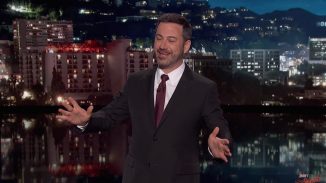 After his wife gave birth to their second child in 2017, the infant was born with a rare congenital heart defect and underwent successful surgery at three days old and a tearful Kimmel announced on the show his gratitude for health care professionals and the insurance that saves so many people born with preexisting conditions. (1967)

Happy 52nd Birthday to Scottish actor Gerard Butler, who gave up on being an attorney after he realized he had no interest in something he spent 7 years of his life studying and practicing. 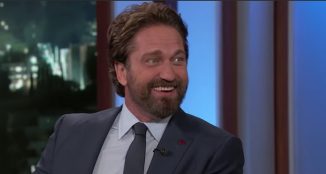 In 2006, he starred as the Spartan king Leonidas in 300, which is often described as his breakout role—and definitely the one that earned him a legion of male fans. Millions of females became fans the following year after he costarred in the romantic comedy, P.S. I Love You with Hilary Swank.

Butler starred as Secret Service agent Mike Banning in the White House action thriller Olympus Has Fallen 6 years ago, opposite Aaron Eckhart and Morgan Freeman. He reprised that role in a sequel London Has Fallen, and recently played Mike Banning again in the August 2019 film Angel Has Fallen, in which Nick Nolte played the father who he’s shocked to learn is a munition expert. WATCH him talk about his home being burned in the LA fire and his roots in Scotland on Jimmy Kimmel Live… (1969)

81 years ago today, the animated film Fantasia, conceived and produced by Walt Disney himself, was released. It was only Disney’s third animated film and, though it featured Mickey Mouse in the role of ‘The Sorcerer’s Apprentice’, it had almost no dialogue and consisted of eight pieces of classical music conducted by Leopold Stokowski, including The Nutcracker Suite and Pastoral Symphony. 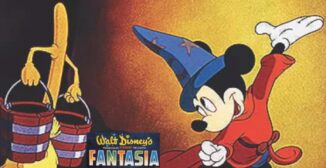 The 2-hour movie was unable to make a profit that decade, but it was destined to become a classic—and also the 24th-highest-grossing film of all time in the U.S. (adjusted for inflation).

Up until Fantasia’s release, movie soundtracks, LPs, and recordings of all types were presented in mono. Thanks to Disney and Leopold Stokowski’s experimental spirit, the engineering prowess of Bell Labs and RCA—at great cost to Disney—Fantasia brought stereo sound to the masses via a multi-channel system that produced an aural marvel for audiences inside 13 theaters across the country. WATCH the original trailer… (1940)