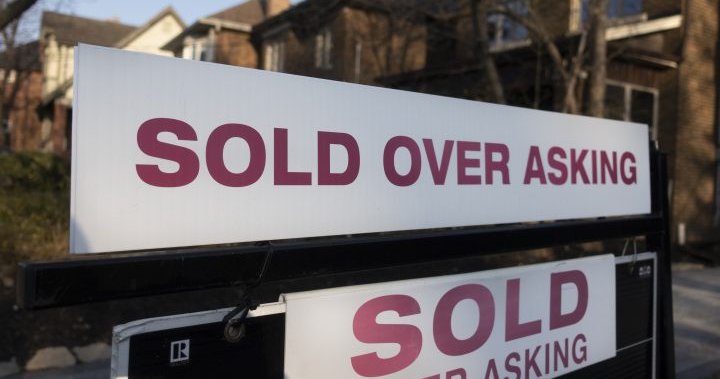 TORONTO — When Thiago Lang and his wife began searching for a Greater Toronto Area home last year, they spent most weekends viewing about 15 properties and weekdays placing up to five bids — often over asking — on houses that sold for astronomical prices.

“My agent said, ‘You’re playing a fair game, but the market right now isn’t being fair,”’ Lang, a software company product director, recalled of the search that saw the couple look everywhere from Hamilton to Durham and even Bowmanville.

Eventually, high prices and outrageous bidding wars drove the family to Barrie, where they scooped up an $811,000, three-bedroom house for about $112,000 over asking last December. To land the deal, they had to waive conditions like a home inspection and agree to what Lang called a “crazy request” from the seller to move in within 16 days.

Stories like Lang’s have become the norm in recent years as swaths of the province turned increasingly unaffordable, undersupplied and more prone to frantic bidding wars.

The situation was even further exacerbated by the COVID-19 pandemic and its remote work allowances, which made home ownership even more desirable and less attainable.

The average Greater Toronto Area home sold for $910,290 in February 2020, before the pandemic’s first lockdown. It climbed to above $1.2 million in April 2022, the Toronto Regional Real Estate Board said.

Housing affordability in Ontario is a key issue atop voters’ minds in the upcoming provincial election.

Helga Teitsson hopes whoever wins the June 2 vote will tackle the lack of housing supply.

“We can’t manufacture any more land,” said the Re/Max Hallmark Realty broker, who helped Lang with his purchase.

“We have a supply and demand problem and consistently the issue is that we’ve got way more buyers with pre-approved mortgages and good jobs and then there aren’t supplies.”

The Smart Prosperity Institute and Ontario Home Builders’ Association estimated one million new homes need to be built over the next 10 years to satisfy demand. That includes 910,000 homes for new families, 65,000 units to address current supply shortages and 25,000 to cushion future population growth.

Progressive Conservative Premier Doug Ford is hoping to get re-elected on a promise to build 1.5 million homes over 10 years — a key recommendation from a government-appointed task force. Legislation that was passed shortly before the election call contained measures to speed up approvals and other processes, but lacked bolder steps such as changing municipal zoning rules to allow more housing to be built aside from single-family homes.

The government blamed a lack of co-operation from municipalities, but the Tories have promised further action.

An NDP government would also offer home equity loans to help first-time buyers with a down payment. People from households making up to $200,000 a year could qualify for loans for up to 10 per cent of the purchase price.

The Liberals have adopted the same 1.5 million target and pledge to work with municipalities to allow homes with up to three units and two storeys, as well as secondary and laneway suites to be built as of right. They also have promised a tax on homes that are sitting empty, and to introduce a “use it or lose it” tax on developers.

Ontario Votes Roundup: The gloves are off, but did anyone land a punch?

Teitsson also thinks the cost of buying a home needs to be considered more closely, especially for first-time buyers. Many focus on what they will need to get a mortgage pre-approval or use as a down payment, but later discover the land transfer tax is a whopping sum they must account for too.

“The land transfer tax for first-time homebuyers is far too high,” she said. “I think they need bigger rebates or potentially rebates related to their income, things that can support buyers.”

During his home search, he made an offer on a home only to be told by the seller’s agent he was “too far out.” He upped his bid a few times and got the same response each time before the property sold for $1,000 more than he offered.

“I’m 100 per cent sure that they were just using us to increase the price,” he said.

“I just think that if you really want to control the market and have a fair price between seller and buyer, it should be an open conversation.”

The Ontario government recently moved to allow property sellers the option of disclosing the details of competing offers, but did not go as far as to ban blind bidding.

The road to Queen’s Park: parties divided on highways, united on transit

The federal government’s most recent budget included a move toward banning the practice, but it has yet to come into effect.

The British Columbia Real Estate Association has pointed out Sweden does not permit blind bidding, but has experienced even faster home price growth during the pandemic than Canada, and comparable home price growth over the previous 20 years.

It’s not just buying that should be on political radars, said Toronto baker Tate Chabot.

Chabot wants rising rents and homelessness addressed with more affordable units and restricting how much landlords can charge.

“If they at least put a cap on rental units or rental houses, more people can afford them … and not be on the streets or in shelters all the time,” Chabot said.

Chabot wanted to purchase a two-bedroom home in Toronto this year to turn into a safe space for Indigenous and Afro-Indigenous people experiencing homelessness.

Homes are priced at hundreds of thousands more than Chabot was prepared to spend.

“It makes me feel angry because it makes me feel like in my lifetime, I’ll never be able to afford property in Toronto and that’s extremely frustrating.”