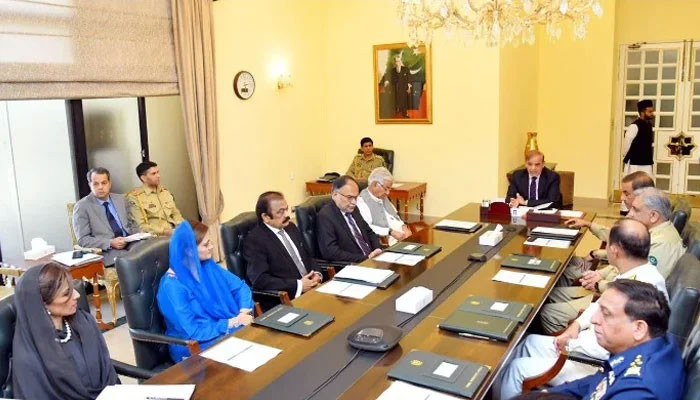 An important meeting of the Parliamentary Committee on National Security (PCNS) will be held with National Assembly Speaker Raja Parvez Ashraf in the chair today (Wednesday).

The PCNS will meet at PM House instead of Parliament House at 3pm.

The meeting will be attended by members of the existing PCNS as a new committee couldn’t be made after the formation of the incumbent government.

Leader of the Opposition Raja Riaz and Defence Minister Khawaja Asif are not included in the 29-member parliamentary committee. Preparations to make Riaz a part of the committee are underway while Asif will be asked to attend the meeting on a special invitation.