Iran shuts off its internet as protests worsen 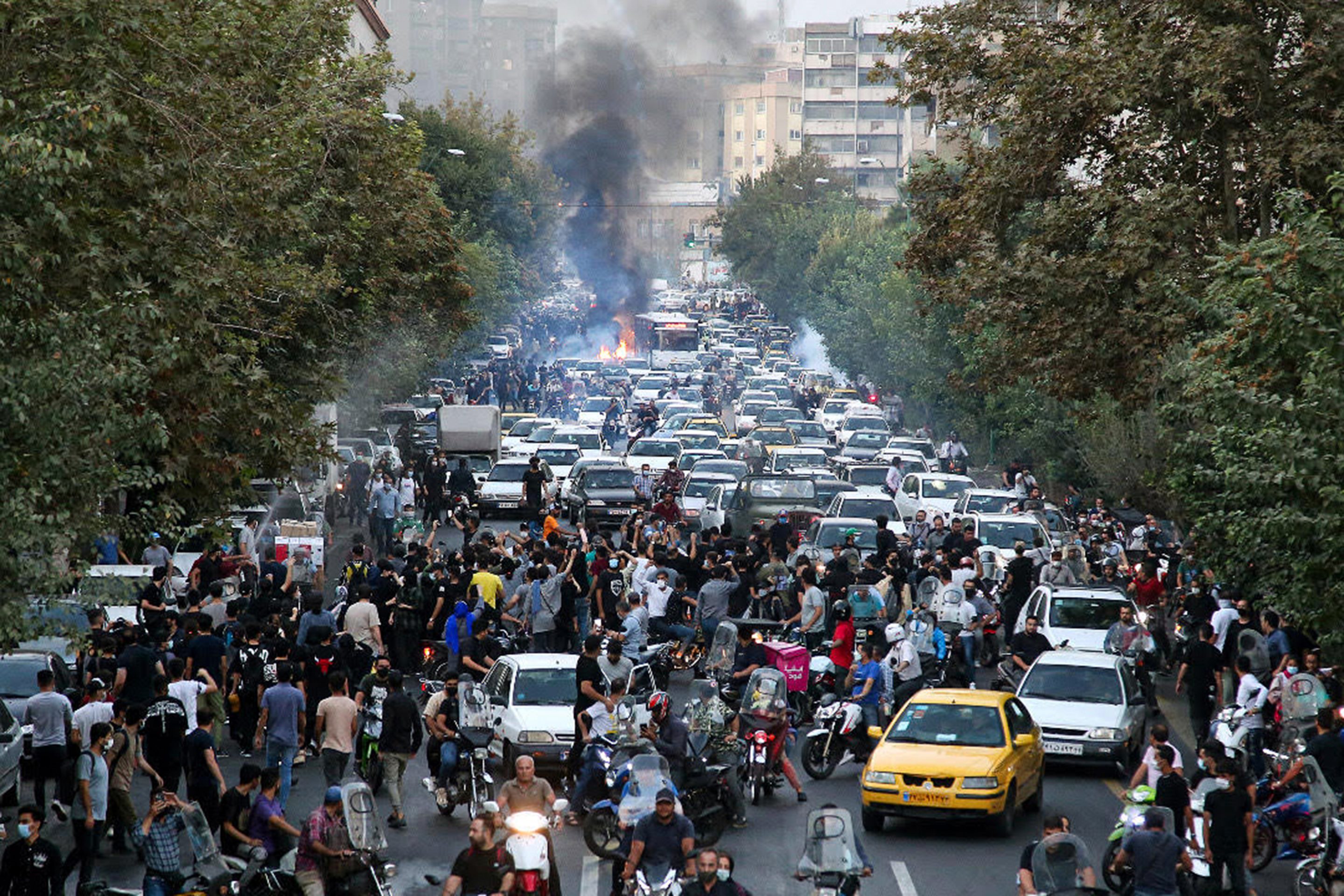 Iranian authorities have almost completely shut off the country’s internet and restricted access to Instagram and WhatsApp after protestors flooded social media with videos of anti-government demonstrations and violent altercations with Iran’s police.

Meta’s Instagram and WhatsApp—the two last remaining social media platforms running in the country—were disrupted on multiple internet providers as anger over the death of 22-year-old Mahsa Amini at the hands of the morality police set off large-scale protests across the country.

The protests began last week after the country’s Guidance Patrol—the morality police in charge of overseeing the public implementation of the hijab—arrested Amini in Tehran for “unsuitable attire” and she died in custody days later. Images emerged that suggested she had been beaten, although the police claim she died of a sudden heart attack.

While Iran has some of the strictest internet controls in the world, with TikTok, Youtube, Twitter, and Facebook all blocked, the news quickly spread online with #MahsaAmini becoming one of the most repeated hashtags on Persian Twitter.

Millions of images of protestors damaging symbols of the Islamic Republic and women burning their veils and cutting their hair were posted online, prompting Iranian authorities to cut internet access and stamp down any efforts to communicate online.

Iranians can now only communicate with one another via choppy phone calls, texts without photos on WhatsApp, and blocked websites only accessible to those using virtual private networks—which 80% of Iranians have, according to RadioFreeEurope.

“Iran is now subject to the most severe internet restrictions since the November 2019 massacre,” NetBlocks said.

Since the #MahsaAmini hashtag began trending, protests have erupted in 12 cities across Iran and eight people have died in the ensuing violence, according to Reuters. Officials have denied that security forces kill protestors and suggested that armed dissidents had shot them.

The last time the Iranian government cracked down so violently over internet access was in response to the 2019 protests—which saw clashes between protesters and police erupt across more than 20 cities over a 50% to 200% surge in fuel prices. After those protests began, internet connection in the country was cut off for six days straight, according to NetBlocks, and more than 1,500 civilians were killed, according to the U.S. special representative for Iran Brian Hook said.

Iran’s Supreme Leader, Ayatollah Ali Khamenei, has kept strict control over the internet since 2012, going as far as to set up a Supreme Council of Cyberspace, dominated by security agencies with no public oversight, to “regulate” online spaces and formulate Iran’s Internet policy.

Iran is still reeling from Western economic sanctions placed on the country, a situation in which social media can be seen as a dangerous tool for motivating the population to rise up against the establishment.

The censorship also extends to international news sources, as Khamenei sees an ongoing “hybrid warfare” against Islam, in which the “enemy” is trying to use media in an “onslaught to distort and destroy” the clerical establishment, the Atlantic Council writes.

Starlink as a solution?

Billionaire Elon Musk have suggested that his Starlink satellite internet service could provide a possible solution to the access blackout. Starlink satellites, which operate in low Earth orbit, are accessed with small base-station dishes and could potentially allow Iranians to skirt government efforts to block social media and outside press sites.

“Starlink will ask for an exemption to Iranian sanctions,” the SpaceX CEO wrote on Twitter early on Tuesday.

A spokesperson for Meta told Fortune, “we’re aware that people in Iran are being cut off from internet services. Iranians use apps like Instagram to stay close to their loved ones, access timely and important information and stay connected to the rest of the world. We hope their right to be online will be reinstated quickly.”