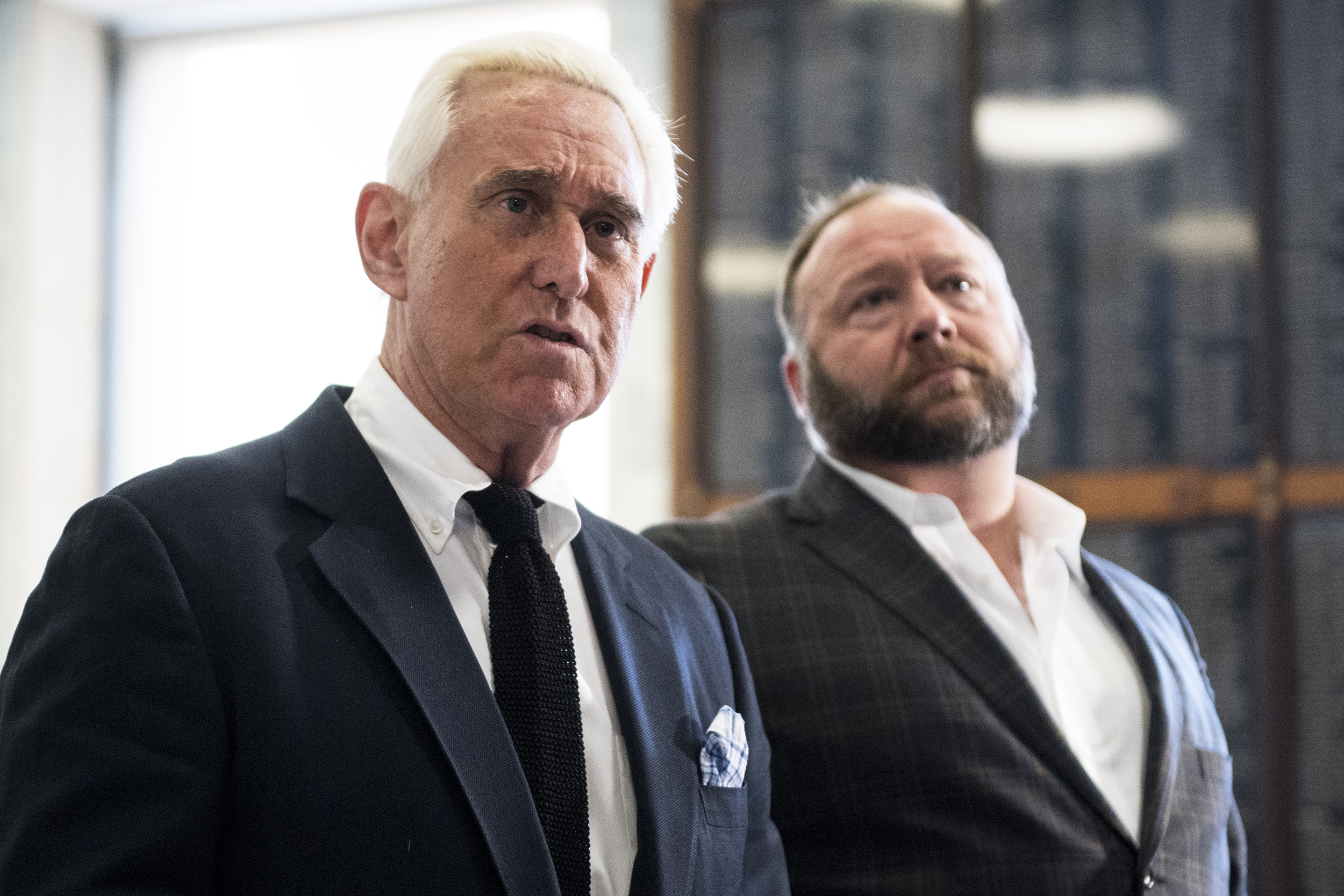 The House committee investigating the Jan. 6 riot at the Capitol issued subpoenas on Monday to high-profile allies of former President Donald Trump, including Roger Stone and Alex Jones.

The committee is looking at Stone, a longtime adviser to Trump, and Jones, a conspiracy theorist who claimed that the 2012 Sandy Hook Elementary School massacre in Connecticut was a “giant hoax,” in connection with a rally held near the Capitol shortly before a pro-Trump mob stormed the building in early January.

The committee is demanding records and testimony from three other individuals as well: Dustin Stockton, who the committee said assisted in organizing a series of rallies after the November election; Jennifer Lawrence who was also involved in organizing rallies, including the one that preceded the Capitol riot, according to the panel; and Taylor Budowich, who organized an advertising campaign to encourage attendance at the Jan. 6 rally, the panel said.

“We need to know who organized, planned, paid for, and received funds related to those events, as well as what communications organizers had with officials in the White House and Congress,” the committee’s chair, Rep. Bennie Thompson, D-Miss., said in a statement Monday. “We believe the witnesses we subpoenaed today have relevant information and we expect them to cooperate fully with our effort to get answers for the American people about the violence of January 6th.”

The committee said Monday that Stone was in Washington, D.C., on Jan. 5 and Jan. 6 to “lead a march to the Capitol” and “promoted his attendance at the rallies and solicited support to pay for security.”

NBC News has reached out to all five subpoena recipients for comment.

In a statement after the committee’s announcement, Stone said: “I have said time and time again that I had no advance knowledge of the events that took place at the Capitol on that day. Any statement, claim, insinuation, or report alleging, or even implication, that I had any involvement in or knowledge, whether advance or contemporaneous, about the commission of any unlawful acts by any person or group in or around the U.S. Capitol or anywhere in Washington, D.C. on January 6, 2021, is categorically false.”

“After the subpoena is served and after my counsel reviews the requests, I will make the determination of how I will proceed,” he added.

The House committee has issued batches of subpoenas in recent weeks to dozens of Trump administration officials and allies of the former president.

Earlier this month, ranking member Rep. Liz Cheney, R-Wyo., said the panel has interviewed more than 150 people so far, and that they’re speaking to “a whole range of people connected to the events, connected to understanding what happens.”

The committee has shown it is willing to pursue contempt charges against any subpoenaed witnesses who refuse to comply. Former Trump adviser Steve Bannon was indicted by a federal grand jury this month, charged with contempt of Congress for refusing to answer questions from the Jan. 6 committee.

The subpoenas for Jones and Stone follow courtroom battles fought by the two Trump allies in recent years.

Stone was sentenced to more than three years in prison in February 2020 for making false statements, obstruction and witness tampering as part of former special counsel Robert Mueller’s Russia investigation. Trump initially commuted his sentence but offered him a full pardon shortly before leaving office.

Jones last week was found liable for damages in lawsuits brought by parents of children killed in the Sandy Hook shooting.

Haley Talbot is an associate producer in the NBC News Washington bureau.