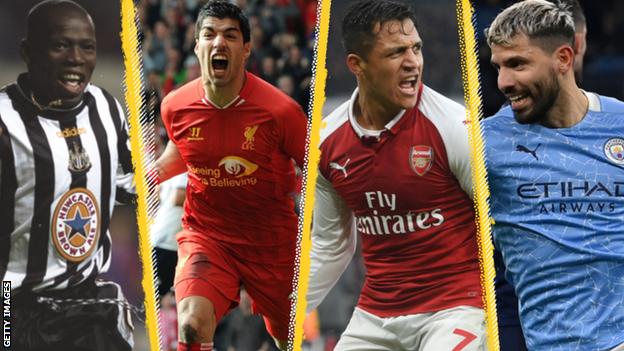 South American players have brought excitement, extravagance, theatre and controversy to the Premier League down the years – but who was the standout performer?

That’s the latest topic discussed by Gary Lineker, Alan Shearer and Micah Richards on the Match of the Day Top 10 podcast.

For once, Alan and Micah agree on their number one choice.

To hear how they made their final selections, make sure you listen to the podcast on BBC Sounds and you can rank yours at the bottom of the page too. 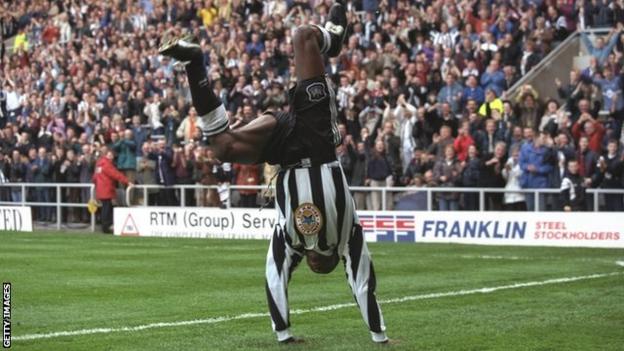 The Colombian became a cult hero at Newcastle during a spell with them between 1996 and 1998. He was known for his trademark cartwheel goal celebration and even scored a hat-trick against Barcelona in the Champions League in 1997. In total, Asprilla scored nine times in 48 Premier League appearances and provided a further 14 assists.

Former Newcastle captain Shearer: Kevin Keegan brought him as the final piece of the jigsaw to try to win the Premier League from Christmas onwards and it never really worked out. Because of his character, they [fans] love a bit of flair and loved someone who wasn’t scared to try anything. And he was a laugher and joker. The lads loved him in the dressing room.

He was a great lad. You couldn’t not like him because of his attitude. He just played dumb, but he wasn’t dumb. He got away with murder if he was out on a Thursday night or Friday night when he shouldn’t have been. Kevin just wanted him to play his normal game. He was brilliant at running at players, his touch, close control and technique.

He scored the odd spectacular goal, but probably not enough with his ability. When you look at the rest of the players [on this list] they have gone on to score serious amounts of goals or won trophies. That is why I put Asprilla at number 10. 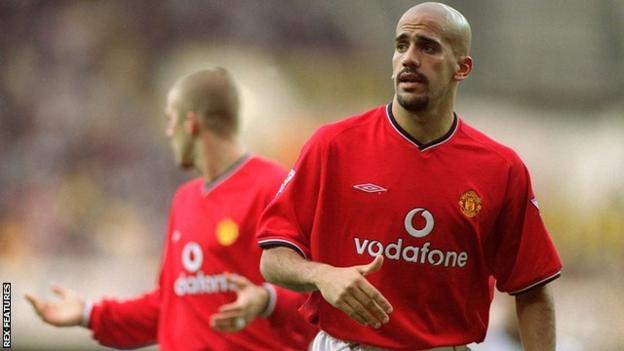 In July 2001, the Argentine midfielder became the most expensive player in British football history when Manchester United paid Lazio £28.1m. Two years – and one Premier League title – later he joined Chelsea for £15m. After signing for Chelsea, Veron said: “[Sir Alex] Ferguson trusted me when I first arrived. But later on it seemed we didn’t understand each other as well. There were times when I felt he preferred some of my team-mates.” Veron made 58 Premier League appearances in total, scoring eight times.

Richards: I remember him being a bit of a flash in the pan. Before he came to Manchester United you expected big things. He is like Paul Pogba, but Pogba has stayed longer. With Pogba you want him to do something brilliant every time and the same went for Veron – you just wanted him to score a 40-yard goal or do a 60-yard pass. I think it [the Premier League] was a little fast for him, the tempo. He wanted to slow it down a little bit. His ability was off the scale.

Shearer: I agree with the Pogba comparison. Everyone looked at Veron and thought, ‘wow, what a player’. And he cost £28m, which was a lot of money then and everyone expected that of him every week. He obviously didn’t deliver that every week. Ability wise, it was in there. 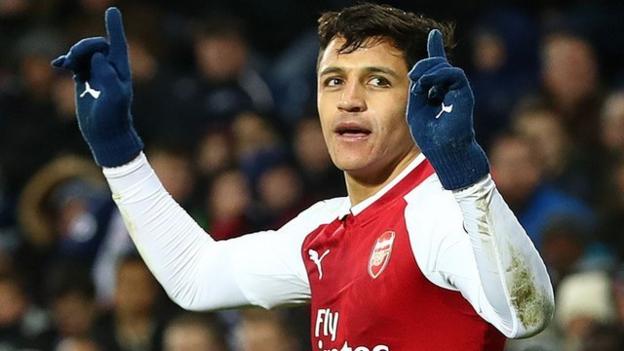 The Chile forward was one of the biggest transfers involving British clubs in the summer of 2014 when he joined Arsenal from Barcelona for £35m after an impressive World Cup. Sanchez ended up scoring 63 times in 154 Premier League appearances for the Gunners and Manchester United between 2014 and 2020. He helped Arsenal win the FA Cup in 2015 and 2017 – scoring in both finals.

Richards: He became a laughing stock at Manchester United. At Arsenal he was quality and he worked hard. He had skill and creativity. He was a go-to man. It was sad when he went to United because I thought it was going to be a great move for him.

Lineker: He was such a good player for Arsenal. Everyone thought he was going to Manchester City then no, Manchester United sneaked in and nicked him. But it didn’t really work. He was a great player but it didn’t quite happen for him. It is weird how you can be so good at one club, but it not happen at another. 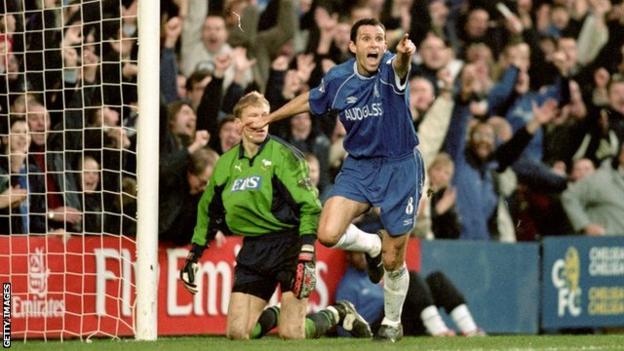 With 54 goals in 187 top-flight appearances for Chelsea and Tottenham between 1997 and 2004, the Uruguay midfielder is remembered fondly by fans of both clubs. His highlight at Chelsea was winning the 2000 FA Cup final against Aston Villa.

Shearer: He always scored against Newcastle for Chelsea and Spurs. He was a brilliant player. He timed his runs into the box to perfection.

Richards: He was supposed to sign me when he was manager of Sunderland. He said something like ‘your form is not good enough. The owners want to buy you but if I’m being honest, I don’t want to buy you.’ It was disrespectful. The deal was pretty much done.

Shearer: You dodged a bullet not going to Sunderland! 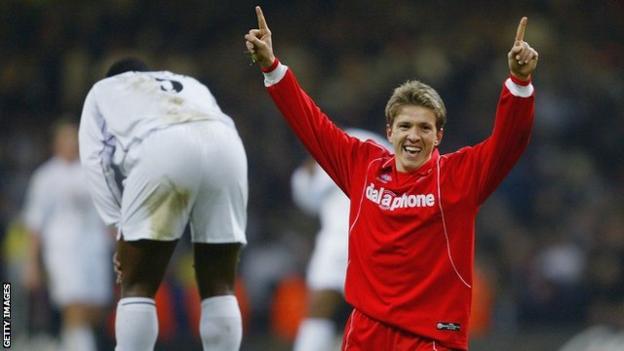 The Brazilian attacker made a major impact at Middlesbrough after initially arriving in a £4.75m move from Sao Paolo in November 1995. He helped Boro reach both the FA Cup and League Cup finals in 1997, but could not prevent the club from being relegated from the top flight the same year. Juninho scored 29 goals and provided 18 assists during 125 league Premier League appearances in three different spells with Middlesbrough.

Lineker: We have spoken about Juninho as one of the great all-time imports into our league. He was loved by the fans and quite rightly so.

Shearer: What a little genius of a player. We talk about how physical it can be in our league, but for a little skinny kid – as he looked when he first came – to do as well as he did and bounce off some of the tackles, tells you what a very, very good player he was. He looked about 14 when he first arrived, the kit looked huge for him. He had these skinny little legs, but the skill of him was unbelievable. 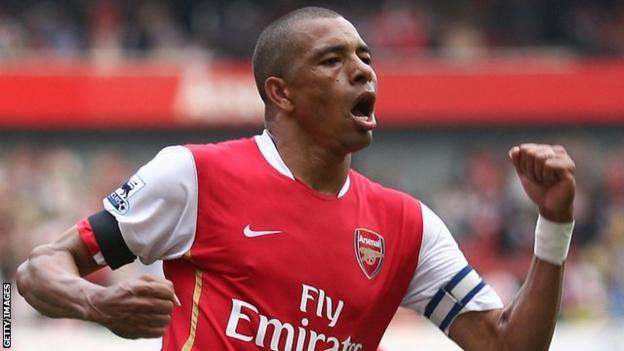 Another Brazilian to make the list after playing his part in Arsenal’s ‘Invincibles’ side. Midfielder Silva made 32 appearances as Arsene Wenger’s men were crowned champions without losing a game in 2003-04. In total, Silva made 170 Premier League appearances during six years at Arsenal between 2002 and 2008.

Shearer: He was a fantastic player. He kept everything ticking along. He could do pretty much everything in that midfield. He was solid and he was hard. Silva was an eight or a nine out of 10 most weeks. 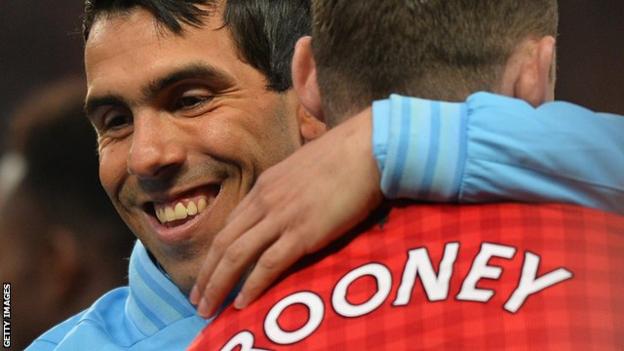 Having helped Manchester United win back-to-back Premier League titles in 2008 and 2009, the Argentine forward shocked the football world when he joined neighbours Manchester City. A city-centre billboard appeared soon after, saying “Carlos Tevez, welcome to Manchester” under a sky-blue graphic. United boss Sir Alex Ferguson was unimpressed. “It’s City, isn’t it? They’re a small club with a small mentality,” he said. “All they can talk about is Manchester United; they can’t get away from it.”

Former Manchester City player Richards: His all-round game was better than Sergio Aguero’s. In training he used to do things with the ball I had never seen before. When he came from Manchester United, he transformed Manchester City in terms of challenging for trophies. We accepted him with open arms. He was our missing piece and he propelled us on to a different level.

Shearer: He had an attitude. He was hard-working and full of goals. 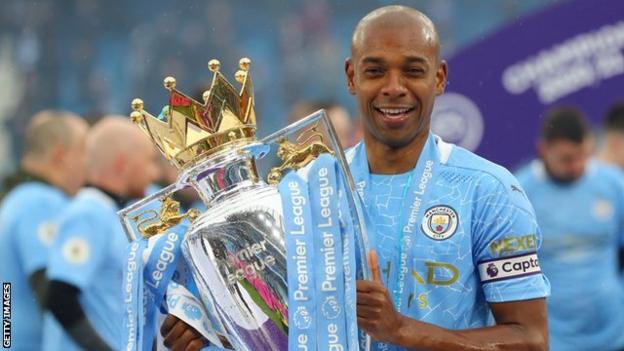 Four Premier League titles, six League Cups and one FA Cup. The Brazilian has certainly made an impact during his eight years at Manchester City. Aged 36, Fernandinho signed a new one-year contract in June. A true leader with more than 250 Premier League appearances under his belt.

Richards: He came into a team that was already doing well. When he first came he was sick in pre-season because of the intensity. We were looking at him thinking ‘he’s awful’. It took him about two weeks and then we were like ‘wow’. He’s the best defensive midfielder we had. I’ve played with Yaya Toure and Patrick Vieira – he wasn’t as talented as them but he was more efficient.

Shearer: He’s done it over a long period of time. He is Mr Reliable. Most good teams need someone like him who can mix it up a little bit.

Lineker: An intelligent footballer. He’s in his mid-thirties now and still performing brilliantly. 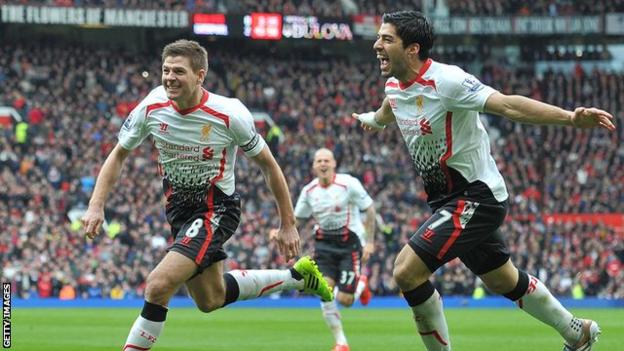 He has never been far from controversy but the Uruguay forward lit up the Premier League with some brilliant football during three years at Liverpool between 2011-2014. Suarez scored 31 times in 33 appearances in 2013-14 – including four in one match against Norwich – as the Reds finished runners-up to Manchester City before moving to Barcelona in a £75m deal.

Lineker: Steven Gerrard says Suarez is the best player he ever played with in his career. Suarez had a slightly dark side to him on occasions but you would want him on your side. The year before he signed for Liverpool, I went with my son, Harry, to watch Ajax. I remember both of us asking ‘who is that centre-forward?’ He never lacked bite in his game!

Shearer: Suarez was spectacular and outstanding. He perhaps went down too easy at times. 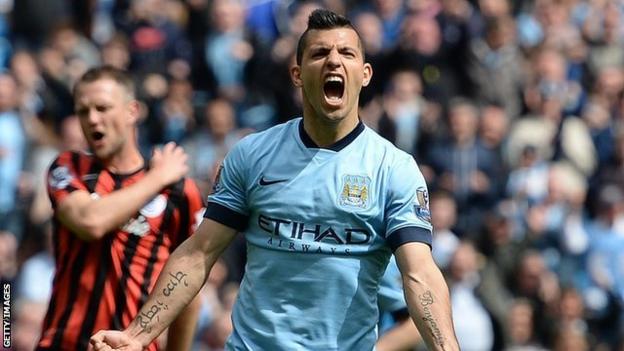 184 goals in 275 Premier League appearances. Five Premier League titles. Six League Cups. One FA Cup. And one of the league’s most iconic moments to win the title in 2012. No wonder the Argentine is regarded as a legend at Manchester City.

Shearer: Why Aguero instead of Suarez? He was in the Premier League longer, scored more goals and won more titles.

Richards: If you ask me who I would want in front of goal it would always be Aguero. I remember his Premier League debut against Swansea. He just came alive and scored two goals.

Osi Umenyiora & Jason Bell ask whether it’s the end for Ben Roethlisberger in the NFL?