‘He creates chaos and uncertainty’: Mikel Arteta says Gabriel Jesus is the ‘streetwise’ striker Arsenal have been looking for after his impressive display in 2-0 friendly win over Everton

By Daniel Matthews For The Daily Mail

‘I love these kind of players,’ Arteta said after Jesus inspired the Gunners to a 2-0 victory over Everton in Baltimore on Saturday.

On his first start since a £45million move from Manchester City, the Brazilian scored one and created another for Bukayo Saka in an encouraging 45-minute display. 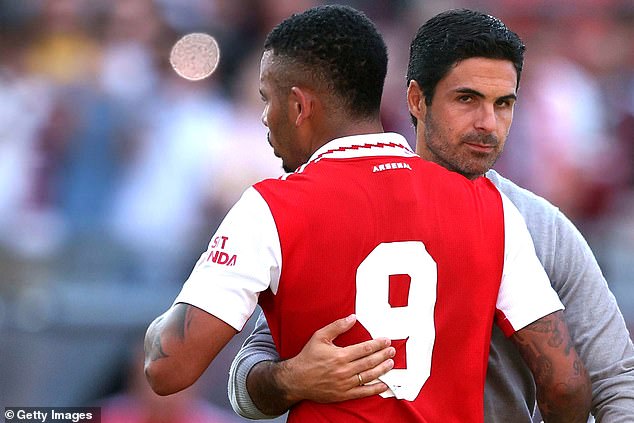 Against Everton, the first match of Arsenal’s US tour, Jesus’ movement and intensity proved crucial. He appeared to relish the physical battle with Yerry Mina and the early signs suggest his bite and aggression will add a different dimension to Arsenal’s attack. ‘I love these kind of players, they’re streetwise. That’s what we need,’ Arteta added. ‘He creates chaos and uncertainty and is always on your shoulder, always there to nick the ball. He is a real threat.’

Arteta wants to deploy Jesus primarily as a No 9 but will make use of the forward’s versatility. He came short to create Arsenal’s second for Saka, who is City’s No 1 transfer target. Arsenal will step up their efforts to negotiate a new contract for the 20-year-old. ‘We will try. We both have the same intention,’ Arteta said. ‘It is a matter of time.’ 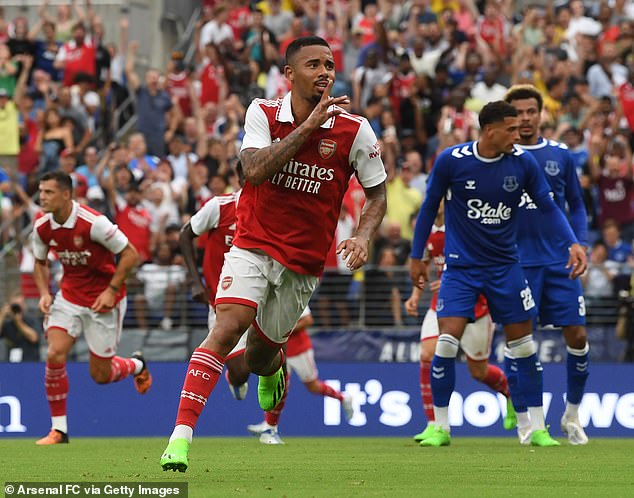 Everton boss Frank Lampard, meanwhile, challenged Dele Alli to ‘keep his head down’ and prove his worth after a quiet 45 minutes against Arsenal. ‘He’ll be saying he wants opportunities — you earn opportunities on the training ground and how you are around the place,’ Lampard explained.

‘He has to absolutely keep his head down. You try to give everything to every player as much as you can but then they have their own responsibilities to make the best of that.’

Lampard is hopeful of adding reinforcements to Everton’s squad soon. ‘A lot of the work we’re doing now to bring in players will be pivotal,’ he said. ‘We need to improve the squad.’