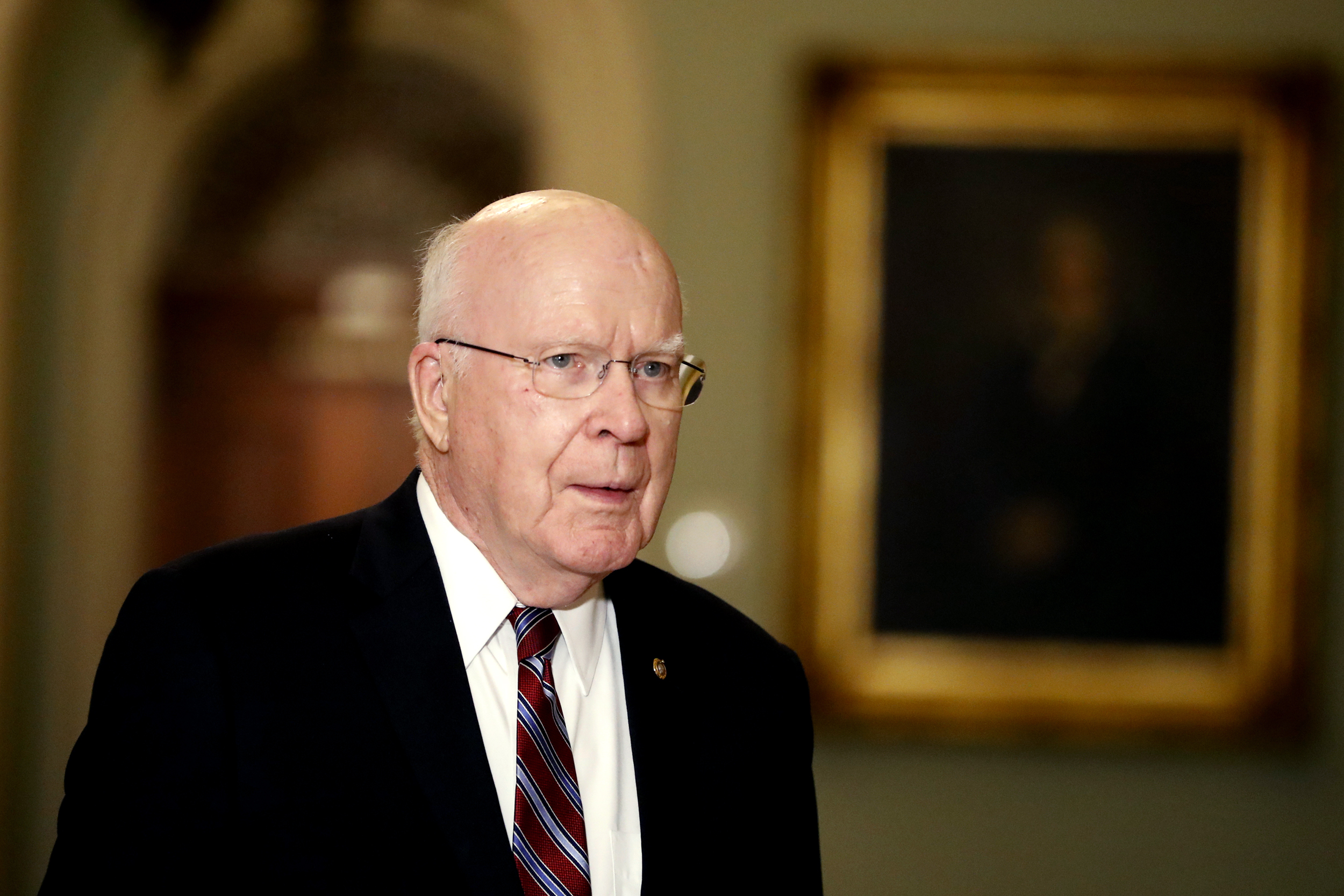 WASHINGTON — Sen. Patrick Leahy, D-Vt., plans to retire at the end of his term, the veteran lawmaker told reporters in his home state on Monday.

“It is time to pass the torch to the next Vermonter who will carry on this work for our great state. It’s time to come home,” Leahy said.

Leahy, 81, is the longest-serving current senator, having served since 1975. He currently chairs the Senate Appropriations Committee chair and is third in the line of succession to the presidency as president pro tempore of the Senate, after the vice president and the Speaker of the House. He was last re-elected in 2016.

Earlier this year, Leahy was hospitalized and under medical observation after feeling unwell.

The Senate is divided 50-50 between Republicans and Democrats, with Democratic Vice President Kamala Harris as the tie-breaking vote. If a seat were to become vacant or a senator were unable to attend votes, the balance of power could be upended.

“When I preside over the impeachment trial of former President Donald Trump, I will not waver from my constitutional and sworn obligations to administer the trial with fairness, in accordance with the Constitution and the laws,” he said in a statement at the time.

The seat should be safe for Democrats, although Republicans are expected to hold the electoral advantage going into the 2022 midterms. President Joe Biden won Vermont by 35 percentage points in 2020. The state’s other senator, Bernie Sanders, is considered one of the most liberal member of the Senate.

Teaganne Finn is a political reporter for NBC News.