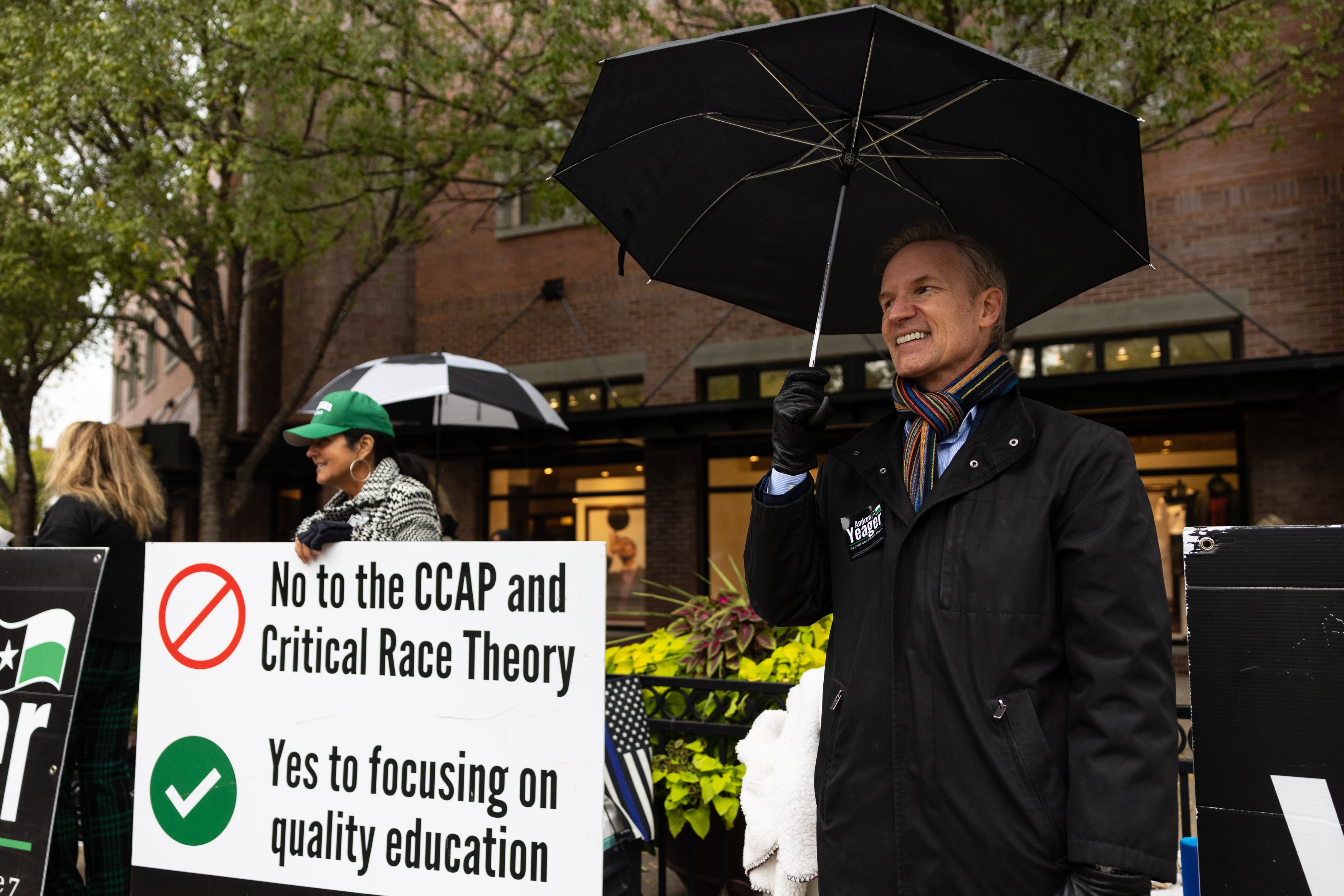 The department’s Office for Civil Rights notified the suburban school district’s officials last week that it had opened three investigations into complaints about racial and gender discrimination. The agency declined to provide details on the allegations and doesn’t comment on pending investigations, a spokesman said.

Karen Fitzgerald, a Carroll spokeswoman, confirmed that the district had received three notification letters and is “fully cooperating with this process.”

“Our focus will always be what is best for our students as we prepare them for their next steps in their educational journey,” she said, noting that federal law prohibits her from commenting on cases involving specific students.

The Carroll school system’s handling of discrimination allegations has been the focus of national media attention this year, placing Southlake at the center of a growing political battle over school programs, books and curricula on race, gender and sexuality that some conservatives have misbranded under the umbrella of critical race theory.

The Office for Civil Rights, or OCR, is responsible for enforcing federal laws that protect students from discrimination. Brett Sokolow, president of the Association of Title IX Administrators, a consulting firm that advises school districts on how to resolve civil rights complaints, said when the agency opens an investigation, it’s often the beginning of a process that can take months or years. If the investigation confirms violations of students’ rights, the agency can require a school district to make policy changes and submit to federal monitoring.

“Opening a complaint means that OCR believes that there is a likely violation based on the complaint,” he said. “And then they’re going to do their due diligence to find out more information.”

The federal investigations come three years after leaders in the Carroll school system, 30 miles northwest of Dallas, promised and ultimately failed to make sweeping changes to address racism in the district following the release of a video of white high school students chanting the N-word. After the video went viral, dozens of parents, students and recent graduates came forward with stories of racist and anti-LGBTQ harassment at Carroll, a majority-white district that has grown more diverse in recent years.

The district’s proposal to address the issues, the 34-page Cultural Competence Action Plan, would have required diversity training for all students and teachers, a new process to report and track incidents of racist bullying, and changes to the code of conduct to hold students accountable for acts of discrimination, among other changes. But after the district unveiled the plan in August 2020, conservative parents packed school board meetings, formed a political action committee and funded a civil lawsuit to block the changes.

They argued that the plan would have created “diversity police” and amounted to “reverse racism” against white children. Opponents took particular issue with a district proposal to track incidents of microaggressions — subtle, indirect and sometimes unintentional incidents of discrimination.

Since then, conservative candidates supported by Southlake Families PAC, a group formed to defeat the diversity plan, have won majority control of the Carroll school board, effectively killing the plan.

The political fight in Southlake drew national media attention, including on Fox News and other conservative outlets, which pointed to the community’s revolt against the diversity plan as something to be emulated in suburbs across the country. It was also the subject of a six-part NBC News podcast, “Southlake,” which chronicled the district’s efforts to address allegations of racist and anti-LGBTQ bullying.

The podcast included the story of a 16-year-old queer student who struggled to convince the principal at Carroll Senior High School to take action in March after boys in her class sent her a series of vulgar messages on social media mocking her gender identity. The girl secretly recorded her meeting with the principal, who made the case that the boys “were just wanting to debate” politics.

NBC News is not naming the student because she’s a minor. After her parents filed a complaint over the school’s handling of the situation, senior Carroll administrators investigated and concluded that the principal acted appropriately.

But the district has made some changes since then. In an interview this summer, Carroll Superintendent Lane Ledbetter, who joined the district in January in the midst of the political fight, said he and his staff were overhauling the process for handling student complaints to make sure students from all backgrounds feel safe reporting harassment and discrimination. The district also created a student and staff services division focused on the issue.

“No students should feel unsafe,” he said in July. “And we’re going to address that. But as a whole, I absolutely believe that people are proud of this community and proud to be a part of Carroll ISD.”

The district was back in the national spotlight last month, after a Carroll administrator was recorded advising teachers that if they have a book about the Holocaust in the classroom, they should also offer students access to a book from an “opposing” perspective. The instruction was meant to help teachers comply with a new Texas law that requires teachers to present multiple perspectives when discussing “widely debated and currently controversial” issues.

Ledbetter later apologized and walked back those instructions.