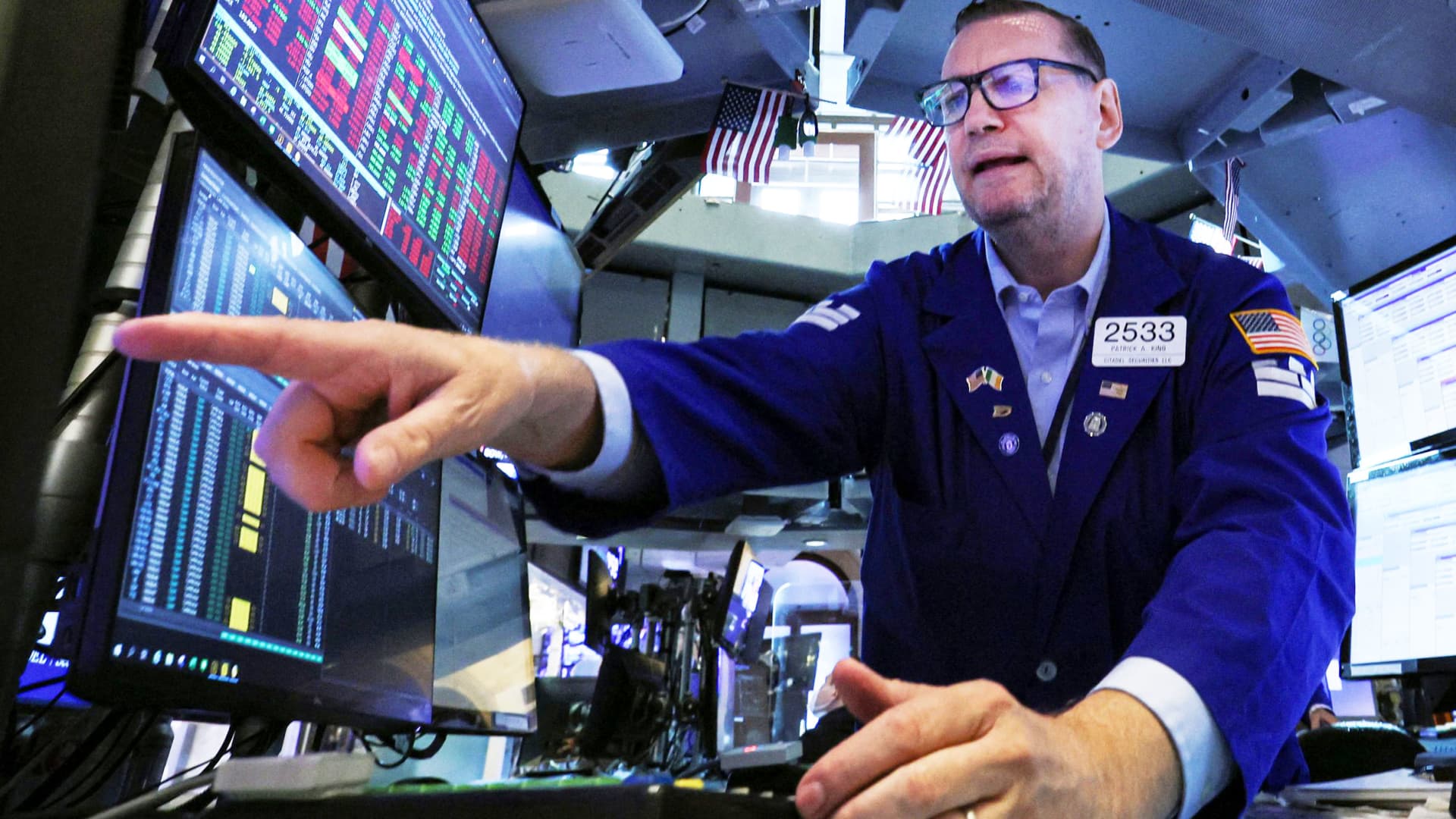 Stocks rallied on Friday as traders digested a fresh batch of bank earnings and strong sales for June, which alleviated some worries that the Federal Reserve may aggressively hike rates to tame high inflation.

“We’re at a very unusual point right now where the real-time economic data actually looks pretty constructive, but some of the financial market indicators like the shape of the yield curve, high yield spreads … all are worrisome,” Jim McDonald, Northern Trust’s chief investment strategist told CNBC’s “Squawk on the Street” on Friday. “I think we’re going to be in a volatile environment for the next couple of quarters until we have that transparency about the Fed.”

A new round of bank results from Wells Fargo and Citigroup offered further insight into the state of the economy. Wells Fargo popped 7.3% even as quarterly profits declined 48% and the bank set aside funds for bad loans. Citigroup soared 10% as it beat estimates and benefited from a rising rate environment.

A day earlier, investors combed through troubling reports from JPMorgan Chase and Morgan Stanley, which kicked off major bank earnings, and also weighed the likelihood of larger interest rate hikes from the Federal Reserve and looming recession concerns.

That, combined with strong preliminary consumer sentiment data and retail sales for June, seemed to soothe some concerns that the Fed may hike by 100 basis points at upcoming policy meetings. It also indicated that consumers are bolstering retail spending even as inflation hits record highs.

These results are a sign of relief to equities, reducing the likelihood of a steeper hike. However, a 75 basis point increase is still on deck for July, said Kathy Bostjancic of Oxford Economics.

Friday’s results motivated a broad-based rally across the S&P 500. All major sectors in the S&P 500 moved higher on the day with the exception of utilities, which inched marginally lower.

At the same time, Shares of UnitedHealth, American Express and Salesforce led the Dow’s recovery, rising more than 2% each.

“The market seems to be welcoming the news, although retail strength could only add fuel to the Fed’s fire to continue its rate hike campaign to cool the economy and tame inflation,” said Mike Loewengart, managing director of investment strategy at Morgan Stanley’s E-Trade Capital Management, noting that the numbers are not adjusted for inflation.

In corporate news, Pinterest shares surged 14.7% following a Wall Street Journal report that said activist investor Elliott Management took a stake of more than 9% in the social media company. UnitedHealth bounced 4.7% on the back of strong quarterly results.