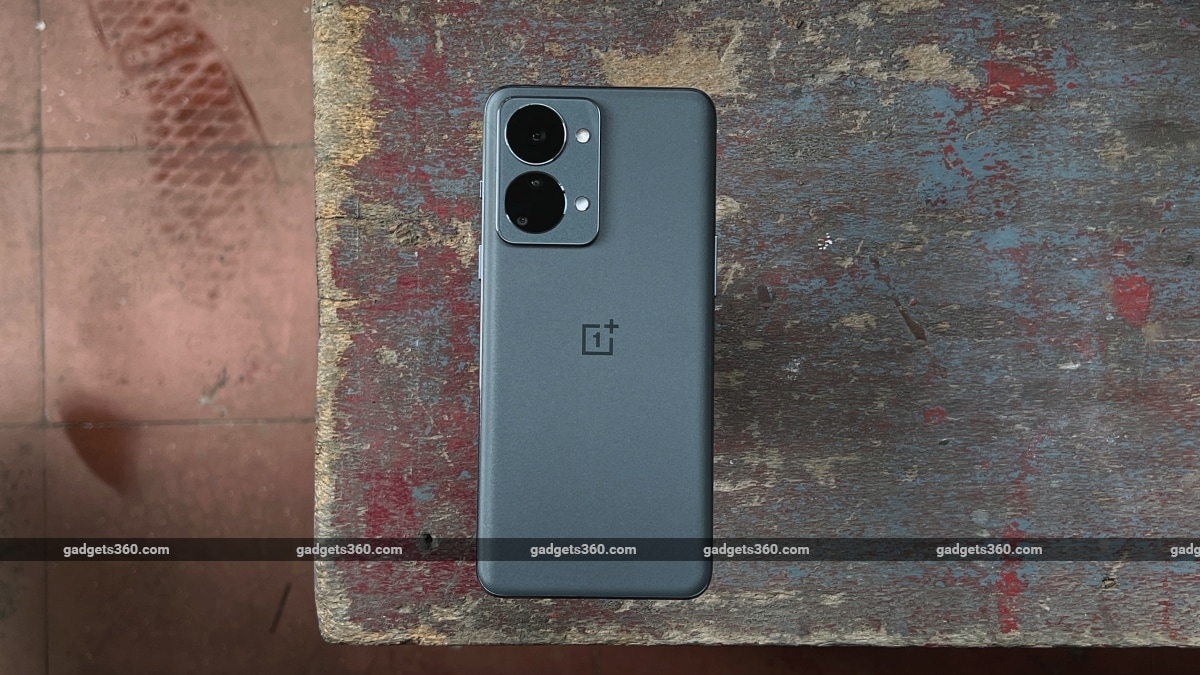 If you want to spend less than Rs. 30,000, you can now get a variety of very capable smartphones with premium features, modern hardware, and versatile cameras. Demand has picked up in the sub-Rs. 25,000 and sub-Rs. 30,000 segments in India. In addition, it’s also true that prices in general, across markets and industries, have risen over the past year or so, and so even value-conscious buyers are looking at higher budgets than before.

Here are Gadgets 360’s picks of the top phones under Rs. 30,000 in India, in no particular order. We have reviewed all the phones on this list and have tested them in depth, including their raw performance, camera capabilities, software and ease of use, physical design, battery life, and charging speed.

The Galaxy M53 5G now sits at the top of Samsung’s M series, which now spans a wide range of prices. Samsung’s latest smartphone boasts of some interesting hardware such as a 120Hz Super AMOLED display, a MediaTek Dimensity 900 SoC with vapour cooling, and a 108-megapixel primary camera. One of the main things working in favour of the Galaxy M53 5G is the guarantee of Android OS and security updates, which should keep it relevant longer than some of its direct competitors. In our opinion, the 6GB RAM variant offers much better value for money than the 8GB variant, and is the one to get.

Xiaomi certainly knows how to stand out – the 11i Hypercharge 5G lives up to its name with 120W fast charging, which means its 4500mAh battery can get from zero to 100 percent in about 20 minutes. Of course you’ll need to carry its rather bulky charger around with you if you need that quick charge outside. Beyond this, the Xiaomi 11i Hypercharge 5G looks smart with its matte glass rear panel, but is relatively heavy at 204g.

You get the MediaTek Dimensity 920 SoC and either 6GB or 8GB of RAM, depending on which variant you choose. There’s 128GB of storage, a 6.67-inch full-HD+ 120Hz AMOLED display, stereo speakers, and an IR emitter. You get MIUI 12.5 running on top of Android 11. The Xiaomi 11i without 120W charging costs a bit less and is otherwise nearly identical, so you would be paying a premium for this feature, if you think it’s important enough.

Realme’s GT Master Edition comes in at a competitive price with a unique suitcase-like design. This Master Edition model in the first GT series packs a punch even though it’s not quite an all-rounder. The high-quality 120Hz refresh rate Super AMOLED display is good for gaming and watching movies on. You don’t get stereo speakers but this phone does have a a 3.5mm headphone jack.

Powering the gaming experience on the Realme GT Master Edition is the Qualcomm Snapdragon 778G processor, which is a worthy upgrade over the 768G and is on par with MediaTek’s Dimensity 1200. Camera performance is quite good in daylight but low-light performance is only saved by the Night mode. Battery life is quite good for a slim mid-range smartphone, and it charges quite quickly too, going from zero to 100 percent in about 35 minutes.

Although very similar to its predecessor, the Reno 6, the new Oppo Reno 7 5G does have some updates that keep it on our list. It’s slim and light, and the new laser-etched pattern on the back looks good, but the entire body is made of plastic. The Reno 7 uses the same MediaTek Dimensity 900 SoC as the Oppo Reno 6, and this phone is only available with 8GB of RAM and 256GB of storage. The 4500mAh is slightly larger than the one in the previous model. It runs ColorOS 12 based on Android 11. The 64-megapixel main camera, 8-meagpixel ultra-wide-angle camera and 2-megapixel macro camera are also much the same as those on the Reno 6. This is a good phone overall and it performed well in our review, but some others at this price level do offer better features, and the nearly identical OnePlus Nord CE 2 starts at a lower price.

The Poco F3 GT is designed around gaming features and performance. This new model has a premium body with a metal frame and a glass back. There are “maglev” trigger buttons which can be engaged using sliders on the side. You get a big 6.67-inch HDR10+ AMOLED display with a 120Hz refresh rate and a touch sampling rate of up to 480Hz in Game Turbo mode. Poco has picked the Dimensity 1200 SoC to power the F3 GT and you can get this phone with 6GB or 8GB of RAM.

The Poco F3 GT has a triple camera setup consisting of a 64-megapixel main, 8-megapixel ultra-wide-angle, and 2-megapixel macro camera. It captured average quality photos in daylight as well as low light. On the plus side, the Poco F3 GT delivered a great gaming experience for the price.

The Mi 11X 5G is priced starting just under Rs. 30,000, and it’s very powerful thanks to the near-flagship-grade Qualcomm Snapdragon 870 SoC. We like the fact that the Mi 11X 5G looks refreshingly plain, with no elaborate flourishes and no over-the-top branding unlike some of its competitors. General and gaming performance is great, and content looks very good on the 120Hz AMOLED display. Small touches such as fast charging, an IP rating, and stereo speakers add to the overall pleasant experience.

MIUI showed lots of spam notifications during our review period. We also noticed that the Mi 11X would get unusually hot when charging. Camera quality on the whole was rather average, though its “telemacro” camera is capable of delivering some great shots. Ultimately, the Mi 11X 5G is not the best all-rounder but it’s a strong contender, especially if you’re after an SoC that’s powerful enough for gaming.

Samsung’s Galaxy A52s 5G is an all-rounder of sorts for the sub Rs. 30,000 segment. It’s a successor to the Galaxy A52 and has received a solid processor upgrade with the Qualcomm Snapdragon 778G. Its design is similar to its predecessor with a frame and rear panel made of polycarbonate. Build quality is not a complete let down mainly because this is one of the few phones that offers an official IP67 rating. There’s a quality Super AMOLED display, a long-lasting battery and very capable cameras that perform well in daylight. However, low-light camera performance isn’t the best in class and the bundled 15W charger is not the quickest one around.

The OnePlus Nord 2T 5G is the first ‘T’ model in the Nord series of devices. Its design has not been overhauled mainly because this is just a ‘T’ refresh. Most of the changes have taken place under the hood. There’s an upgraded MediaTek Dimensity 1300 SoC, that’s an upgrade over the Dimensity 1200-AI SoC in the Nord 2. While its battery capacity has remained unchanged, OnePlus has sped up the charging to 80W. The software experience with Android 12 is also fluid and free of bloatware, unlike some other competing smartphones. All in all, the new Nord 2T 5G isn’t a major upgrade over the Nord 2, but remains distinctly ‘OnePlus’ when it comes to execution.

As with its predecessor, the Edge 20, Motorola’s Edge 30 continues to prioritise design over everything else. It may have switched to a polycarbonate frame and an acrylic rear panel, but it claims to be the slimmest and lightest smartphone in its segment. It has also got an IP52 rating which makes it resistant to splashes of water. You get a very capable Qualcomm Snapdragon 778G+ SoC (also available in the Nothing Phone 1). There’s also a 144Hz refresh rate display with a 360Hz touch sampling rate, both of which should work well for gaming. There’s two quality 50-megapixel rear cameras and a 32-megapixel selfie camera. Something that is a bit of a concern is its smaller than usual 4,020mAh battery, so those looking for a road warrior can avoid this one.

The iQoo Neo 6 5G offers the best value when compared to the other phones in this segment. It’s not focussed on looks, but is more about raw performance, and all of it comes from the Qualcomm Snapdragon 870 SoC, which is gaming-grade stuff. There’s an E4 AMOLED display with a 120Hz refresh rate and 360Hz touch sampling rate which works well while playing games. There’s no IP rating but you do get stereo speakers. Battery life, thanks to that 4,700mAh battery, is also quite good and charging it up using the 80W bundled charger is also quite fast. While it seems like this phone is just about gaming, there’s also a very capable 64-megapixel primary camera (with OIS) that‘s a capable shooter whether it’s day or night.

The Poco F4 5G is another solid contender that combines design and raw performance to offer incredible value. Priced from Rs. 27,999, it offers a 120Hz AMOLED display (with Dolby Vision support), an IP53 rating for dust and water resistance, and a monstrous Qualcomm Snapdragon 870 SoC which is good for gaming. The phone is powered by a 4,500mAh battery and offers 67W wired charging. Did we mention that it also looks good with its glass back and slim frame? Indeed, the Poco F4 5G’s only let down is its software that’s littered  with third-party apps and bloatware, even though software performance was not an issue.

Harvey Weinstein is facing numerous charges after being accused of raping and sexually assaulting the wife of a California governor. Click here to see the full story.

Signal has just launched a new update that contains stories. The company says that the update they rolled out is unique from other messaging apps.