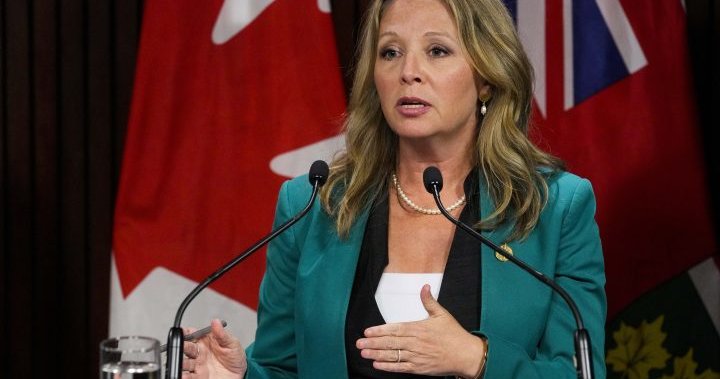 An Ontario NDP MPP and the party’s former education critic is expected to announce their leadership campaign in Toronto on Thursday afternoon.

The invitation says Stiles will make an announcement. “She will be joined by supporters and special guests,” it says.

Sources confirmed to Global News she is expected to announce a bid to succeed Andrea Horwath as leader of the Ontario NDP and Official Opposition.

Stiles was first elected to her Davenport seat in June 2018, gaining it from the Ontario Liberals. She was also previously elected as a Toronto District School Board trustee.

The Ontario NDP’s leadership position has been vacant since Andrea Horwath resigned after June’s provincial election. During her parting speech, Horwath — who led the party from 2009 to 2022 — said it was “stronger and more ready to govern than ever before.”

Leadership candidates for the Ontario NDP — which is being headed by interim leader Peter Tabuns — have until December to register for the contest.

“Foundational principles of the contest include generating enthusiasm for the Ontario NDP, its ideas and principles; being positive, inclusive and accessible,” the party’s website says.