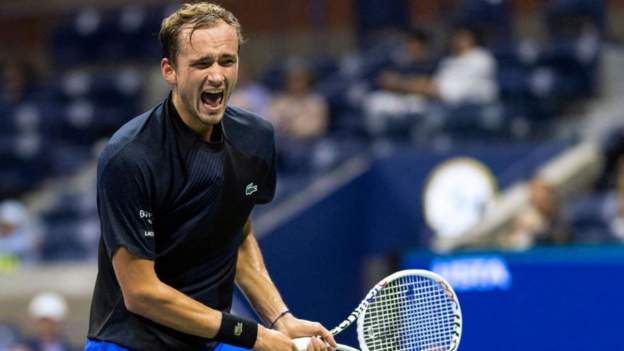 The Russian was far too strong for his 22-year-old opponent as he fired 12 aces and converted six out of 12 break points to comfortably progress.

Wu was the first Chinese man in US Open history to reach the third round.

But he struggled to cope with the relentless pressure from Medvedev.

Medvedev is aiming to become the first player to win consecutive US Open titles since Roger Federer’s run of five between 2004-08.

But a defeat by Wimbledon runner-up Kyrgios in the next round would see Medvedev lose his number one ranking. Both Australian Open and French Open winner Rafa Nadal and rising star Carlos Alcaraz could top the men’s rankings after the tournament.

Kyrgios continued his progress with victory over JJ Wolf.

Fifth seed Casper Ruud outlasted Tommy Paul across five sets to secure his place in the US Open fourth round.

Ruud is one of four players in contention to become world number one at the end of the tournament.

He will play French lucky loser Corentin Moutet next.