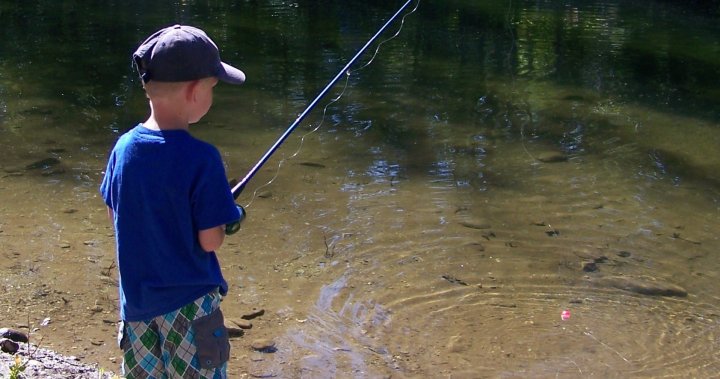 Fishing season kicks off in Manitoba’s southern division Saturday, but as with many outdoor activities across the province, it’s being impacted by recent inclement weather.

In addition to potential difficulties accessing some fishing spots due to high water levels, Chase Dreilich of the Manitoba Wildlife Federation said the cooler temperatures could be problematic for some species of fish, like walleye.

“What that really affects is the spawn time of the fish,” Dreilich told Global News.

“Typically (on) opening weekend, most of those fish are done spawning, but with cooler temperatures, we’re predicting (spawning) is going to be pushed back a couple of weeks.”

“Really be mindful out there — if you’re out fishing and you catch spawning walleye, make sure you take care of it and you practice catch and release. We don’t want to be passing that stuff on for the future.”

The high water is also bringing strong currents and debris to local waterways.

“In the Whiteshell, Nopiming (Provincial Park), (there are) lots of access issues there due to washouts and high water,” he said. “It’s going to be tough to launch the boats if there’s lots of current. It also brings lots of debris in the water that gets washed up on shore.”

Provincial natural resources minister Scott Fielding announced the opening of Manitoba’s recreational angling season for the south this weekend, with the northwest and north-central regions following suit on May 21.

“Anglers will be able to enjoy Manitoba’s great outdoors with the start of the fishing season this weekend,” said Fielding.

“This is an exciting time for Manitobans and visitors who have been waiting to cast a line in their favourite lake or river.”

The province also cautioned anglers to watch for dangerous conditions, including unstable ice, and to follow boating safety measures.

Uptick in Manitobans trying hunting and fishing – May 5, 2021

The London Lightning rode a big third quarter to a 2-0 series lead as they knocked off the Windsor Express 107-97 on Tuesday...
Read more

The London Lightning rode a big third quarter to a 2-0 series lead as they knocked off the Windsor Express 107-97 on Tuesday...
Read more