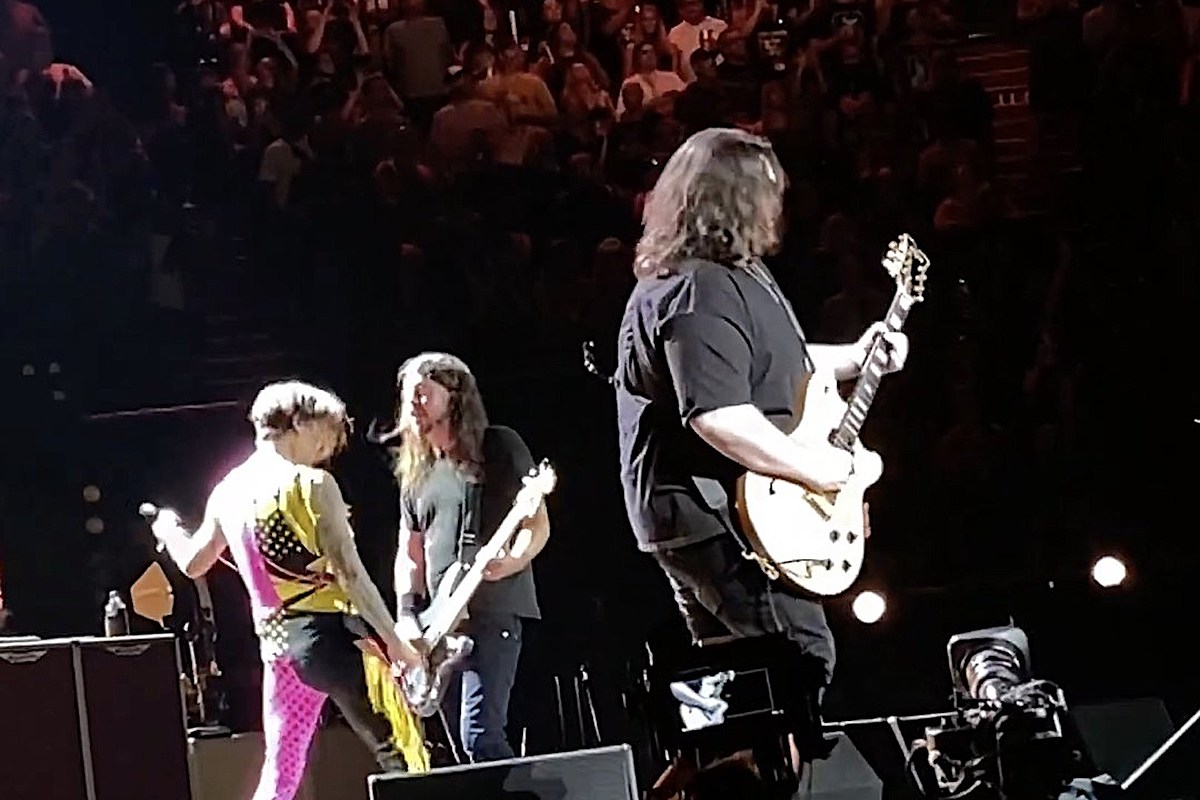 With the lively, respectful performance, Wolfgang, the 31-year-old son of the late Van Halen guitarist Eddie Van Halen, effectively paid tribute to his father as well.

After previously saying he would never play the song, Wolf was joined onstage at the Kia Forum on Tuesday (Sept. 27) by Foo Fighters bandleader Dave Grohl, The Darkness singer Justin Hawkins (of no relation to Taylor) and drummer Josh Freese to perform the 1984 hit.

See footage down toward the bottom of this post.

The Los Angeles tribute show was the second official concert in honor of the Taylor, the late Foo Fighters drummer who died at 50 in March. The assembled group of notable rock musicians also played “Panama” at the London tribute to Taylor earlier this month.

Last year, Wolf pushed back at social media commenters who suggested he perform the Van Halen smash with his own band, Mammoth WVH. “I honor my dad by existing and doing what I do every day,” he responded. “I’m not fuckin’ playing panama for you guys.”

But the tribute to Taylor seemingly helped Wolf change his mind. Still, the exact cause of Taylor’s death remains unknown after he was found dead in Bogota, Colombia, on March 25, before the Foos were to play Festival Estereo Picnic. A preliminary toxicology report emerged a day later. Eddie Van Halen died in 2020 after a battle with cancer.

The planning of a similarly official Eddie Van Halen tribute show was mentioned by former Metallica bassist Jason Newsted in an interview earlier this year. Newsted suggested it was to feature him and guitarist Joe Satriani along with Alex Van Halen, Van Halen’s surviving drummer and the brother of Eddie.

Not mentioned was Wolfgang. After replacing bassist Michael Anthony in Van Halen in 2006, Wolf played in the band until Eddie’s death in 2020. Wolf emerged with Mammoth WVH the next year.